You are listening to your local FM rock station.

A song comes on, its crunchy intro mixing some nasty wah-wah guitar with a little Hammond organ. Halfway through, there’s a pretty cool guitar solo.

Then you listen to the lyrics.

Whoa. This is a protest song!

Then, in the last minute, there’s another pretty cool guitar run. 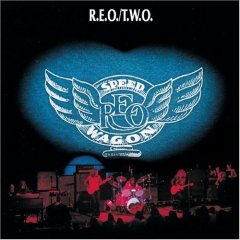 That’s Gary Richrath on lead guitar. He wrote “Golden Country.” He left the band in 1989.

That’s Neal Doughty on the Hammond organ. He’s the last original member of REO still with the band.

Check out the rest of Side 2 over at our other blog, The Midnight Tracker. 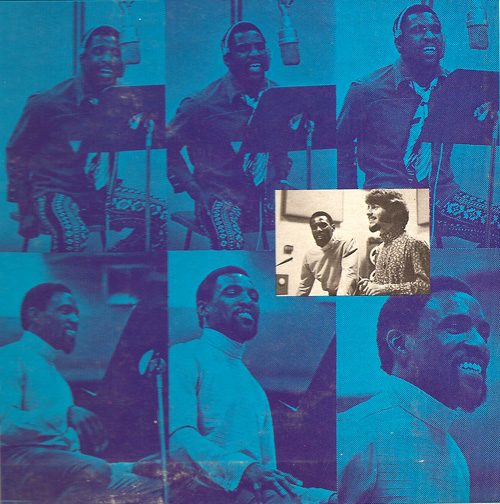 One day after writing about the passing of R&B singer Al Wilson and the roundabout manner in which I eventually came to learn more about him, this happened:

Evan had lacrosse over on the east side of town, which is where our used record store is located. Given the choice between an hour of watching lacrosse practice in the rain and an hour of crate digging … you got it.

There, in the back of the small bin of soul and R&B records, was this: 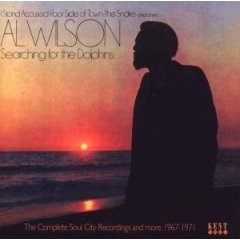 Al Wilson’s debut album, “Searching for the Dolphins,” on the Soul City label, from 1968. It was produced by Johnny Rivers, as was its hit single, “The Snake.”

It’s in pretty rough shape. There are so many pops and ticks on it that it sounds like it was recorded in the rain. A plastic sleeve is holding the jacket together. The upper right corner of the jacket has a water stain. Most of the cuts are marred by skips.

It’s a little like an archaeological dig. You handle it carefully, dust it off, clean it off and perhaps only then do you find whether there’s a treasure that remains intact. As always, you be the judge.

“I Stand Accused,” a cover of the Jerry Butler tune from 1964. This is so good, so impassioned, I hope you’ll forgive the small skip at 2:16.

“Summer Rain,” a cover of the Johnny Rivers tune from 1968. Is it sacrilegious to suggest this version should have been released instead of Rivers’ version that year? Please forgive the small skips at 2:49 and 3:01.

Al Wilson was just 29 when he recorded this album. the first of his five U.S. albums. Though born in Meridian, Mississippi, he really was a kid from the L.A. suburbs, having moved to San Bernardino when he was in high school. He started out as a drummer, then started singing while serving in the Navy. Wilson was in his late 20s when he hooked up with Rivers, signing with his Soul City label. Wilson was 34 when he had his biggest hit, “Show and Tell,” then continued to make music for the rest of his life.

That was my reaction when I found “The Snake” on another blog last year.

I knew the song. I didn’t know a guy named Al Wilson had recorded it, nor did I know anything about Al Wilson.

I had another revelation like that last night, reading another blog. Tom over at One Poor Correspondent mentioned that Al Wilson had died Monday. He was 68.

Tom mentioned that Al Wilson had done “Show and Tell” — a big hit in early 1974 — and linked to this great YouTube video of Wilson doing that tune on “Soul Train.” Smooth.

I knew that song, too. I didn’t know Al Wilson had recorded it. And I still didn’t know much about Al Wilson.

Even the usually reliable Los Angeles Times wasn’t much help. Though Al Wilson lived in the L.A. area, it didn’t offer much in the way of an appreciation of his life. For that, I had to turn to the San Bernardino Sun and the Riverside Press-Enterprise, a couple of suburban papers:

Can’t ask for much more than that. 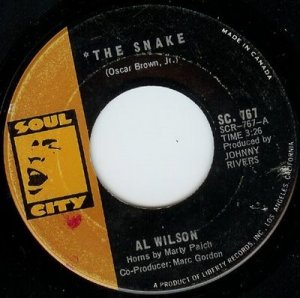 Yes, it was produced by Johnny Rivers on Rivers’ label with Rivers’ distinctive sound.

(Thanks to Jason over at Shindiggit for posting this last year.)

This kept running through my mind as I rummaged through my local more-or-less indie record store on Saturday afternoon:

“Why do I want to buy this on CD when I can pick up the original vinyl for far less at the used record store? And get better sound?”

I guess I’ve become a vinyl snob. No apologies, though. There is some justice in finding great music at a far more affordable price.

That said, I’ll have to stop back at The Exclusive Company more often. They’ve expanded the vinyl selection quite nicely since I last was in there.

So tonight, an oldie that is new to me. I hadn’t heard it, but I trust the label. Remember doing that at the record store? You cannot go wrong with anything on the Daptone Records label. It’s R&B, funk and soul made new in Brooklyn, but sounding as if it came out of the ’60s and ’70s.

Here’s the title cut of an album released a decade ago on New York’s Desco Records and re-released on Daptone. 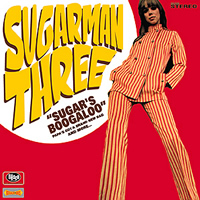 On this album, the Sugarman 3 — an instrumental combo that’s a throwback to the ’60s — is anchored by Neal Sugarman on tenor sax, Adam Scone on the Hammond B-3 organ and Rudy Albin on drums. The group’s official bio says:

“Driven by a fluid tenor sax and warm Hammond B-3, ‘Sugar’s Boogaloo’ explored the jazzy side of Funk. The band’s debut featured smooth originals written by Sugarman with a few sly instrumental reworkings of classic tunes.”

Here’s one of the latter, with Daisy Sugarman accompanying the fellas on that cool flute.

By now, you’ve likely heard that Saturday is Record Store Day. Independent record stores across America are having special events. 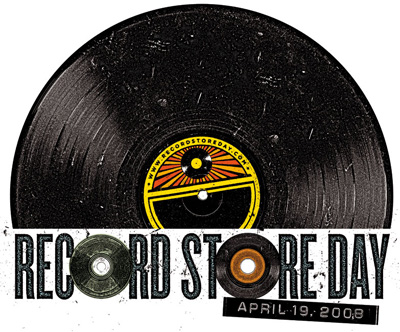 Here in Green Bay, The Exclusive Company will have guest DJs in the store all day long. It’s part of small chain of stores reaching from here down to Milwaukee and over to Madison.

Tom has been running the place for as long as I’ve been in town, almost 18 years now. I may head over there. Might be a fun scene. A lot of my CDs came from Tom’s store.

If nothing else, it has me thinking about the record store I’d really like to visit again.

Inner Sleeve Records in Wausau, Wisconsin, started out in an ancient storefront across from the cemetery some 33 years ago. Then it moved to the edge of downtown and into an old building it shared with a bike shop.

A lot — and I mean a lot — of my vinyl came from the Sleeve in those days. Every two weeks, after I got paid at the Pizza Hut, I’d head down to the Sleeve and buy two or three new albums.

After I moved away, the Sleeve moved to the heart of downtown, in a narrow storefront next to the sporting goods store … until someone torched it on Labor Day weekend in 2006.

That almost was a fatal blow. Mike, the old hippie who has run the Sleeve since the beginning, lost most of his stock, didn’t have insurance and wasn’t sure he wanted to get back into business.

Mike may not have realized that wasn’t an option. The funky store that carried everything you wanted — and introduced you to everything else — had become a cultural icon in town. Wausau wrapped its arms around Mike, threw a few benefits and helped him get back on his feet.

It took a while for the Sleeve to open up again, but Mike found still another narrow storefront in the heart of downtown, this one on the ground floor of what once was the most elegant hotel in town.

That’s the record store I really want to visit. It’s been too long. 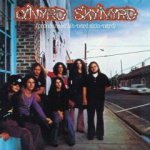 “Things Goin’ On,” Lynyrd Skynyrd, from “Pronounced Lynyrd Skynyrd,” 1973 (purchased at the Sleeve). You probably know this one. It’s one of my favorites. It’s a protest song by Ronnie Van Zant and Gary Rossington. 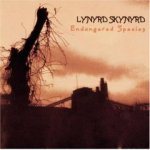 “Things Goin’ On,” Lynyrd Skynyrd, from “Endangered Species,” 1994 (purchased at The Exclusive Company). And now, the unplugged version. Still one of my favorites.