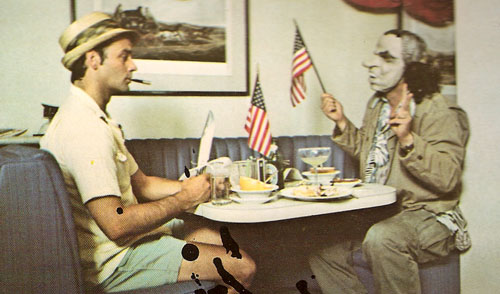 Over at our other blog, The Midnight Tracker, we’re fulfilling a request by serving up a side from the soundtrack to “Where the Buffalo Roam.”

It has a soundtrack on which Neil Young orchestrates and performs several riffs and variations on “Home on the Range,” also for better or worse. Those bits surround some classic rock tunes from the late ’60s.

As always, you be the judge.

“Home, Home on the Range,” Neil Young, and “Lucy in the Sky With Diamonds,” Bill Murray and Rene Auberjonois, both from the “Where the Buffalo Roam” soundtrack, 1980. Out of print.

Updated June 28: We’ve added Side 2 over at The Midnight Tracker.