Three under the tree, Day 23

In this little series within a series, we’ve recreated a radio show I taped off the air while living in Madison, Wisconsin, in the late ’80s. For the back story, check out the Day 20 post.

The second part had “Christmas Blues” by the Ramsey Lewis Trio, “Christmas In The City Of The Angels” by Johnny Mathis and “You’re All I Want For Christmas” by the Salsoul Orchestra with Jocelyn Brown.

The third part had “What Christmas Means To Me” by Stevie Wonder, “Funky Christmas” by the Whispers and “Christmas Celebration” by B.B. King.

Now we take one last listen to the old WORT-FM show, where Willie Wonder cued up this big finish … 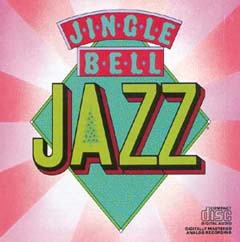 All you get on this one is Tyner’s elegant solo piano. It’s plenty filling.

Widely covered, this is the smooth original, written by Hathaway and Nadine McKinner. It was recorded at Atlantic Studios in New York in November 1970 and released as Atco single 6799 on Nov. 30, 1970.

Jarreau never released a Christmas album before this year’s “Christmas,” but all the synths on this single clearly date it to the ’80s. Jason from Popdose, who roasted Jarreau’s new album as part of the Mellowmas series, says this isn’t the same version of “The Christmas Song” as on the new record.

(This last cut has gone from radio to tape to CD, and then ripped, so that may explain the sound quality if you find it lacking.)

That said, Willie Wonder leaves us with a lovely holiday message in his voiceover at the end of this cut, which closed the show.

One response to “Three under the tree, Day 23”