The Top 95 and then some

My friend Al in Milwaukee sent along an old end-of-year music roundup from the FM radio station we listened to in the ’70s. It is endlessly fascinating.

Alice Cooper is on the list, as is Donna Fargo. Wayne Newton (twice!), along with Led Zeppelin (twice!). Just picking four spots at random, Nos. 45-48 are held by Elton John, the Chi-Lites, Gary Glitter and Arlo Guthrie. Musical stew, anyone?

“Because of the increasing popularity of album music in the WIFC area we have also compiled a list of the thirty most requested album cuts.”

It, too, is a rather eclectic list, with “Poor Boy Boogie” by Mac Davis at No. 1. 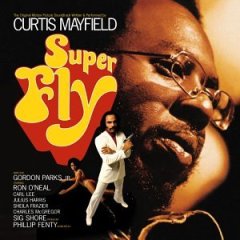 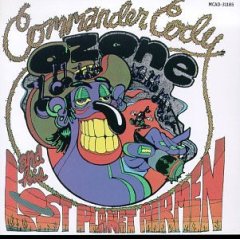 “20 Flight Rock,” Commander Cody and His Lost Planet Airmen, from “Lost in the Ozone,” 1971. Ah, the Commander. Long one of my guilty pleasures.

Seconds on musical stew, anyone? 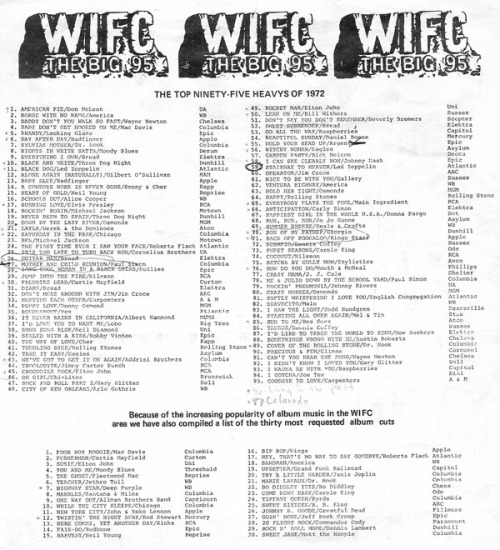