I wrote the other day that I liked the young Michael Jackson’s work with the Jackson 5 — the singles, really — but not much beyond that.

That sounds cold, but it’s true. I don’t have any of his records.

But over the next couple of days, I kept thinking: “Is that all you have to say about an American icon?”

No, it isn’t. I’d like to add that I dug Michael Jackson the entertainer.

In the early to mid- ’80s, his  videos were extraordinary. I’ll watch “Thriller” over and over.  “Billie Jean” and “Beat It” always are worth watching if they pop up on TV.

My take on it — then and now — was that Jackson simply was reviving and reimagining classic American dance. He was the next generation, following in the footsteps of great dancers I’d seen in old movies. You may not recognize their names today: Bill Robinson, Bill Bailey and Harold and Fayard Nicholas.

Jackson learned from the masters. He was trained by the Nicholas Brothers. They were astonishing. The proof is in this remarkable scene from “Stormy Weather,” the 1943 film also starring Robinson, Lena Horne and Cab Calloway.

Jackson revitalized the moonwalk, which had been done by Bailey as far back as the ’40s. The proof comes at the end of this clip from 1955:

Bill Robinson may be least familiar today. He was 65 when he made “Stormy Weather.” He died 60 years ago. Yet his drum dance in the film foreshadows Jackson’s dance on the lighted sidewalk in “Billie Jean.”

For all too brief a time, Michael Jackson was as good.

Then you’d watch the videos that followed in the late ’80s and early ’90s and you couldn’t help but think: “There he is, grabbing himself again.”

Of all that’s been written about Jackson’s passing, nothing is as extraordinary as Lisa Marie Presley’s blog post on her MySpace page.

“He knew,” a devastated Presley writes, revealing how her former husband believed his fate would be the same as her father’s.

A close second is Robert Hilburn’s remembrance of Jackson in the Los Angeles Times.

Jackson was 11 when he met Hilburn, the paper’s former pop music critic. Hilburn writes of the contrast between what he saw then and what he saw when granted extensive access to Jackson in the early ’80s.

Jackson and Hilburn had a falling-out in 1995. After that, Hilburn was like the rest of us, watching from a distance, occasionally appalled but most often just saddened.

Today was one of those days that you’ll remember exactly where you were when you heard the news. Yeah, but which piece of news?

Farrah Fawcett? My boss came out of his office as if fired from an ejector seat.

Michael Jackson? I’d spent the afternoon looking at old Packers photos and heard the news only after emerging from my friend’s basement.

Among the many tributes pouring forth from the music blogs was this, from Aiken over at Licorice Pizza, as he sorted through the day’s news upon arriving home in Florida:

“In the past hour, my childhood has passed in front of my eyes.”

I’m sure many share that sentiment. But I come from a different time.

Farrah Fawcett became that girl when I was in college. She was pleasant enough on the eyes. I’d enjoyed her as David Janssen’s neighbor on the beach in “Harry O.”

Oh, yeah, there was just something about Farrah Fawcett.

Something that said no, not ever, no way.

As for Michael Jackson, he’ll always represent Christmas to me.

The Jackson 5’s take on “Santa Claus Is Coming To Town” was a revelation when I heard it for the first time in 1970. I had no idea there were pop, rock, R&B and soul versions of Christmas songs, all played only at a certain time of year. I’ve been hooked ever since.

The Jackson 5’s singles were all right, but my 11-year-old brother was the bigger fan. So, too, was my wife, when she was 13.

Janet’s copy of the Jackson 5’s “Third Album” — the one with “I’ll Be There” and “Mama’s Pearl” — has been so loved that the album jacket has long been held together by masking tape. She got it when it came out in September 1970. She was in eighth grade.

She’s listened to it countless times. It went to “a lot of sleepovers.”

I listened to it for the first time tonight, curious what was beyond the hits. When released, it was the Jackson 5’s third album in just 10 months. There’s some filler, as you’d expect. But there also are some solid, if less heard, tunes.

The former, written by guitarist Deke Richards, has a pop-funk groove that cooks. Richards and Berry Gordy were half of The Corporation, four guys who wrote and produced the Jackson 5’s earliest singles.

The latter brings the sort of stone funk you’d expect from a tune co-written by Willie Hutch (who also co-wrote “I’ll Be There”).

Yet this is where the trail ends, for us at least. Neither Janet nor I were into Michael Jackson beyond the Jackson 5.

But we’ve heard the rest of it. We appreciate its greatness.

To my own party, that is.

Sunday was my birthday. I turned 52 and thus remain older than dirt. So let’s celebrate. Better late than never.

One of my birthday presents came all the way from Brooklyn. My friend Alan Wilkis is just out with his new EP. As he’s done before, Alan has taken all kinds of musical influences, tossed them into the blender and come up with new sounds that nonetheless sound familiar.

“I consciously tried to be more focused stylistically on this record (than on last year’s “Babies Dream Big,” his debut). … I will inevitably jump through five different genres in any given song, but overall … (I) tried to be a bit more disciplined, set more stylistic rules, and as a result it’s definitely much more decidedly ’80s.”

It sounds that way to me. This is the record of my summer so far.

This sounds like the single to me: “Dance With You.” On which Kool and the Gang — no, that’s Earth, Wind and Fire — meet Jeff Lynne and Harold Faltermeyer.

This one lives up to its name: “Time Machine.” As the years float past, so do echoes of Peter Gabriel, Queen and Prince.

I mention the influences only as a guide. Alan has reimagined them in remarkable fashion.

We’re taking a little vacation later this week, just me and my 14-year-old son. We’ve rented a small cabin on the Mississippi River, way on the other side of Wisconsin, for a couple of days.

Evan’s idea of getting away is a little different than mine.

“I want to bring the laptop so I can watch movies,” he said.

My first instinct is to say no. But then I think back to when I was 14. Had that technology existed in the summer of 1971, I would have wanted to do exactly the same thing.

The other night, I sat down to watch — on my Mac — “Fillmore: The Last Days.” Here’s the trailer, which has resisted my efforts to embed it.

It’s the long-out-of-print 1972 documentary about the final shows at the Fillmore West in San Francisco from June 30 to July 4, 1971. Even though I was just 14 that summer, I knew about that scene from reading the occasional Rolling Stone. But between being 14 and living in Wisconsin, I was about as far removed from that scene as you could get.

Seeing it now, I’m struck by how gentle it all seems. The music — much of it steeped in traditional blues and country — was anything but a freaked-out rave-up.

Some random observations: Janis Joplin’s influence is evident in tunes done by Lydia Pense and Cold Blood and by Barbara Mauritz and Lamb. … I don’t believe I’d ever heard Cold Blood, and I liked their guitars-and-horns sound. I’ll be exploring it further. … Interesting to see live performances of a couple of familiar FM radio tunes — “Fresh Air” by Quicksilver Messenger Service and “White Bird” by It’s a Beautiful Day. … I was reminded that Elvin Bishop, whom I’ve seen live, can really play the blues. … Santana’s Latin jams seem far out next to the organic sounds of almost every other group. … I’ve had my legal limit of “Casey Jones” by the Grateful Dead.

That said, seemingly no tune energized the Fillmore crowd more than the Dead’s cover of Chuck Berry’s “Johnny B. Goode,” led by Jerry Garcia and Bob Weir on guitars. 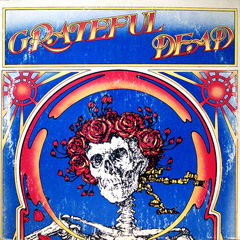 “Fillmore: The Last Days” — The movie, just out on DVD. Also available is the music, a 2-CD box set with more performances than in the film.

A birthday at Ray’s Corner

You know Ray. He’s my dad, the guy who lives at Ray’s Corner, the apartment with the loud music, and the place where the martinis are made of gin with the vermouth bottle held about a foot away.

When my dad gave away his record collection a couple of years ago, I got first dibs. One of the records I kept was this one: 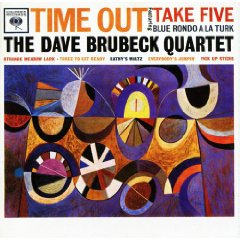 “Time Out,” by the Dave Brubeck Quartet, from 1959. Dad played it often when we were kids.

Turns out this record is celebrating a birthday, too. It was recorded 50 years ago this summer. NPR’s “All Things Considered” had a nice piece about it last week.

Though this album came out in 1959, its biggest splash came two years later, when “Take Five” became the first million-selling jazz single on the Billboard charts.

They must have played it on the radio at the time, because I couldn’t otherwise begin to imagine where Dad, then in his mid-30s, might have heard “Take Five” and dug it enough to buy the album. At the time, we were living in Ironwood, Michigan, an all-but-played-out iron mining town not far from Lake Superior in the most distant corner of the Upper Peninsula.

“Time Out” was, and is, notable for experimenting with time signatures other than 4/4. Here’s what the liner notes say about “Take Five,” which was composed by sax player Paul Desmond, one of Brubeck’s longtime collaborators:

“‘Take Five’ is a Desmond composition in 5/4, one of the most defiant signatures in all music, for performer and listener alike. Conscious of how easily the listener can lose his way in a quintuple rhythm, Dave plays a constant vamp figure throughout, maintaining it even under Joe Morello’s drum solo. It is interesting to notice how Morello gradually releases himself from the rigidity of the 5/4 pulse, creating intricate and often startling counter-patterns over the piano figure. And contrary to any normal expectations — perhaps even the composer’s! — ‘Take Five’ really swings.”

Here’s a cover, one that uses the Brubeck original as a jumping-off point for a stone funk arrangement full of horns and wah-wah guitar. Probably not Dad’s thing, but I like it. 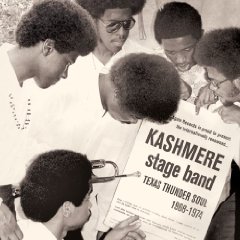