If you’re wondering why you haven’t seen or heard much here lately, here’s the latest evidence:

Your correspondent is typing with only his left hand. He is not left-handed.

Nor is there a good story to go with it. Unless you are a passionate Green Bay Packers fan and are somehow warmed by the notion that the injury was sustained while pulling out old negatives of newspaper photos to be published in our new coffee-table book about your club.

My luck was better the other day over at Amazing Records, our local used vinyl emporium. No wrists were sprained in snagging the albums these tunes come from. 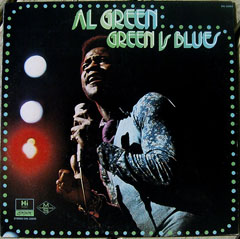 “Getting It On,” Dennis Coffey and the Detroit Guitar Band, from “Evolution,” 1971.

Amazing records indeed. Both are out of print but can be found.

A side of Mother’s Finest featured this month on our other blog, The Midnight Tracker.

Three from the Mighty Clouds of Joy in our guest post over at The Vinyl District.

It’s been a dry summer in our corner of Wisconsin, and not only for the crops. There haven’t been many must-see shows.

However, you see the Grass Roots listed as the headlining act at the Kewaunee County Fair — barely a half-hour’s drive away — and you know you’re going to be there.

Then you wonder. What will that be like, some 40 years on? You dig around and learn that the only original member still with the group is lead singer Rob Grill. Then a friend says: “I heard he had brain surgery.” Then you wonder whether the backing band is any good.

The Grass Roots, with Grill singing lead and playing bass, and backed by a tight three-piece band, are doing just fine some 40 years on. Grill, guitarist Dusty Hanvey, keyboard man Larry Nelson and drummer Joe Dougherty have been together for 25 years now, far longer than the original lineup. Their sound is everything you’d hope for.

For a 65-year-old man who needed brain surgery after hitting his head in a fall, and who then had to go through physical rehab because of it, and who also has been slowed by a knee injury, Grill is doing all right.

They played everything you’d hope to hear, plus covers of “Don’t Pull Your Love” by Hamilton, Joe Frank and Reynolds — a song originally intended for the Grass Roots — along with “Love Grows (Where My Rosemary Goes)” by Edison Lighthouse and “Drift Away” by Dobie Gray.

Rain left a small lake right in front of the midway stage, so about 2,000 of us made do.

We filled the area from the Holy Rosary Parish food stand (with dining room!) back to the Farm Bureau and FFA Alumni food stands and back down to the American Legion food and beer stand. Even with the demo derby going on at the same time next door, in front of the grandstand.

My clothes reek of deep-fried cheese curds (which are delicious). I was standing in front of the Legion stand, in prime position to hear …

Among other great tunes. These two are off “The Grass Roots: Their 16 Greatest Hits,” 1971, which is out of print.

Single-CD compilations include this 2003 import and this entry in the Millenium Collection/20th Century Masters series.

Two for the blues

That was the name of a show I used to listen to on WORT, the fine indie radio station in Madison, Wisconsin, back in the ’80s. (It’s still on the air, by the way, at 8 p.m. Saturdays. Listen live here.)

If I have the blues today, it’s because summer is hurtling past, and there’s nothing I can do to slow its pace. Too much work, though it beats the alternative. Too much softball and not enough skating, but only I am to blame for that. Too little time to listen to tunes, or to rip them, and then to write the blog, so I’ll try to make amends.

One for the rockin’ blues: George Thorogood and the Destroyers will be out with a new record later this month. “The Dirty Dozen” is set up a bit like a vinyl LP. The first six cuts are new tunes. The next six are covers, including three from earlier Thorogood albums that have gone out of print.

Thorogood has been rocking the car for the better part of the last week. His new stuff sounds just like his old stuff, and that’s OK with us. We count on George for crunchy, wink-and-a-nod rock, rhythm and blues, and that’s what we get with “The Dirty Dozen.”

“Twenty Dollar Gig,” George Thorogood and the Destroyers, from “The Dirty Dozen,” out July 28 on Capitol/EMI.

The first couple of times I heard this, I thought it was the worst cut on the record. Then I realized its genius was in its locomotive groove, its simple lyrics and Buddy Leach’s sizzling sax. It’s a garage band classic. 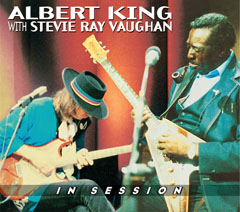 Two for the real gone blues: Anyone for some Albert King, playing live in the studio with Stevie Ray Vaughan? I thought you might dig it. “In Session” was recorded in Canada on Dec. 6, 1983, given a modest release in 1999 and reissued last month by Stax.

There’s plenty here for you blues guitar fans, including an epic-length “Blues at Sunrise,” two other Albert King originals and a cover of Stevie Ray’s “Pride and Joy.” That said, I like my blues cut with keyboards. Like this B.B. King cover featuring Tony Ll0rens on piano.

This is believed to be the only time King and Vaughan played together on a record. Vaughan died in 1990, King in 1992.

Working in the newspaper business is a bit like riding a rocket right into the ground.

Today was another of those sad, surreal days that are becoming all too commonplace.

We’ve known for some time that another round of layoffs was coming. We’ve known for a while that the news would come down today. So you sit and wait and try not to worry about it because there’s nothing you can do about it … except have Plan B ready.

Thankfully, I will go back to work tomorrow. However, 19 others will not.

One of the 19 is my old friend T, whom I have known for more than 25 years. We long ago played basketball and downed many beers. We’ve seen all of T’s kids grow up. His youngest daughter was one of our babysitters when our son was little.

So here is a song for T.

I wrote about it a couple of years ago, recalling the night it blew us away as we drove home from a basketball game. 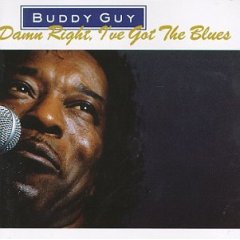 “Rememberin’ Stevie,” Buddy Guy, from “Damn Right, I’ve Got the Blues,” 1991. The CD is out of print but is available digitally.

However, “Rememberin’ Stevie” — a tribute to Stevie Ray Vaughan — is a tune that reminds me of the good times with T.

One night last week, I spent a couple of hours ripping some old Jimmy Buffett tunes.

I mentioned it, and a friend sent a good-natured little rip of his own.

I know what he’s thinking. Jimmy Buffett? Not cool. Not cool for a long time, really. Sold out long ago. Too much marketing. Too many shade-, Hawaiian shirt-, board short- and flip-flop-wearing wannabes out there.

But I was looking to kick back that night, and I was scouring my old Buffett records for some laid-back tunes. That was the great thing about listening to Buffett way back when, that you could chill out to him as easily as you could get your party started with him. That seems to have gotten lost in the endless celebration of the Margaritaville lifestyle.

So I dug, and I found some Buffett from the leeward side of the islands.

Snap the cap on a cold one, put your feet up and go with the flow.

“Banana Republics,” Jimmy Buffett, from “Changes In Latitudes, Changes In Attitudes,” 1977. The cautionary tale of the expatriated American. 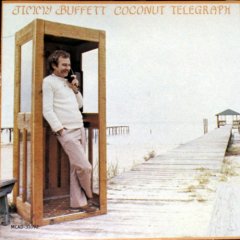 “Growing Older But Not Up,” Jimmy Buffett, from “Coconut Telegraph,” 1980. Yeah, I’d rather die while I’m living than live while I’m dead.