It looks like Wisconsin’s Woodstock, but who’s in the pictures? That’s what the Wisconsin Historical Society was wondering in 2009.

John Nondorf, who researched photos and illustrations for the society, left this note on one of our posts about Clicker, the rock/cover/show band that was popular across Wisconsin during the ’70s:

“It looks like some people who know a thing or two about ’70s Wisconsin music frequent this blog. I’m hoping you can help us out.

“I work at the Wisconsin Historical Society and we have a photo collection documenting the 1970 Sound Storm rock festival in Poynette.

“We have IDs for a number of the bands and artists, but there are a lot of unidentified artists. I’m assuming these were the local/regional artists who performed there. Maybe you’ll recognize some faces.”

Here’s their wonderful collection of 223 photos from Sound Storm and a Wisconsin Historical Society essay to go with the pictures we helped identify.

Robert Pulling took the photos at the festival, which took place at York Farm near Poynette, north of Madison in south-central Wisconsin, on April 24-26, 1970, an unseasonably warm spring weekend.

The photos above — all used with permission of the Wisconsin Historical Society — were among the little mysteries in 2009.

But who’s who? Our friend Mark in Illinois said the guitarist shown above is Bob Schmidtke, who likely was playing in Captain Billy’s Whiz Band. (We thought he was playing with Tayles, but John Nondorf said that group was a five-piece; this group is just a four-piece.) Schmidtke went on to play in Clicker.

Mark also thought the guy in this photo is Paul Rabbitt, the guitarist for Tongue, another blues-rock band from Wisconsin. (It is.)

REO Speedwagon, then just an unsigned Midwest bar band, also is said to have been at Sound Storm. However, it isn’t listed on this poster, passed along by Tim, all the way from Singapore.

“That concert is one of the very few concerts over the years that no recordings have ever surfaced of the Grateful Dead’s set. Dead Heads have been looking for years.”

Among the bands who played at Sound Storm: Baby Huey and the Babysitters, Crow, the Grateful Dead, Illinois Speed Press, Northern Comfort, Rotary Connection, Wilderness Road, U.S. Pure, Luther Allison … and the Bowery Boys, who within a couple of years became Clicker.

Another of the bands was Mason Proffit, who did … 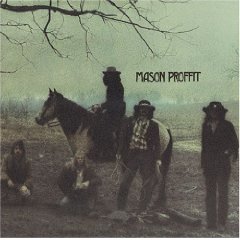 The music was blasting from Ray’s Corner as usual this afternoon.

Ray’s Corner, as our longtime readers know, is the apartment with the loud music, and the place where the martinis are made of gin with the vermouth bottle held about a foot away. Ray is my dad. He is 84.

When I opened the door, Dad popped up from behind the counter. He’d been digging around in his CDs.

“TV’s terrible tonight,” he said. “Just the coach’s show at 6:30, and then nothing until the news comes on.”

Dad was lining up some more tunes to fill the evening that followed watching the Packers’ coach discuss the latest preseason game.

First, though, Dad had to turn it down the music, then turn it off, so we could talk. That was Billie Holiday blasting away. Dad likes the ladies.

Dad likes his TV, too. But he misses the variety shows of the ’60s and the ’70s, the ones that featured up-and-coming singers like Shirley Bassey, the lovely Welsh sensation.

In the late ’60s, Dad was in his mid-40s. He never would have listened to anything from the musical “Hair,” nor anything by Three Dog Night.

But he might have listened to something from “Hair” or something done by Three Dog Night if sung by Shirley Bassey. Something like this:

“Easy To Be Hard,” Shirley Bassey, from “Shirley Bassey Is Really Something,” 1970. (The album link is to a remastered, expanded import CD released in 1999.)

That, of course, was the long way around the barn to get to this tune. It’s a companion piece to another Shirley Bassey tune — a fine cover of “Light My Fire” — posted the other day by our friend Larry over at Funky 16 Corners.

I found this record last fall in the dollar bins in my friend Jim’s back yard. There are at least two more solid covers — the Beatles’ “Something” and Blood, Sweat and Tears’ “Spinning Wheel” on it.

Been there once, done that twice

Styx was in town last night, playing across the river at the Brown County Fair. Having seen and heard them live once before, it didn’t seem likely that last night’s performance could be any better.

Styx played a show at the Wausau West High School fieldhouse in Wausau, Wisconsin, on Saturday, Jan. 11, 1975. It was the first rock show I ever attended. I was 17.

I’d hoped to have a date, or at least meet a girl at the show. No such luck on either count. I do remember running into a guy from school who seemed surprised that I would be there at all. An indication of my place in the social strata in my senior year of high school.

Styx’s single “Lady” was on the radio at the time. The band — five young guys from Chicago — was making the rounds of the Midwest in support. It had just released or was about to release a new album, its fourth on Wooden Nickel Records, an indie label out of Chicago. Thus the gig at a high school gym.

That night, Styx must have played tunes from those first four records, three of which are decent enough but mostly forgotten today. No one wanted to hear those tunes, though. They wanted to hear “Lady.”

So Styx played “Lady” early in the show, maybe the second or third song. The place went nuts. Then they played some other tunes that were received politely enough.

So Styx, the five young guys from Chicago trying to make it big nationally, came back out and played “Lady” again. The place went nuts again, and everyone went home happy.

All these years later, the only Styx records I’ve kept are some of those earliest albums released on Wooden Nickel from 1972 to 1974. They’re an interesting mix of boogie rock and prog rock.

My favorite is “Man of Miracles,” the album that came out two months before I saw Styx in that high school gym. Give a listen to these tunes, all written by guitarists James Young and John Curulewski.

“A Man Like Me,” inspired by Foghat? And dig those horns!

“Havin’ A Ball,” arriving at the same time and sounding like Head East, which also came out of Illinois.

No complaints, though. Evan is looking forward to high school. A great adventure, to be sure.

Our old friend Dave Edmunds remembers that adventure in a good tune from a bad film from the mid-’80s.

That may not be everyone’s experience, but let’s hope for the best, eh? 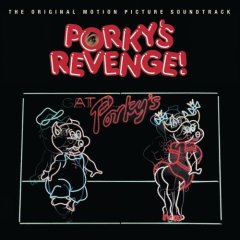 Here’s the original video. For maximum enjoyment, crank the volume way up.

Still on the DL

This post will be short. My wrist has been slow to heal. The less time spent with mouse and keyboard (as opposed to Moose and Squirrel), the better.

Here, then, a couple of tunes from records found while crate digging last weekend. Haven’t listened to it all yet, but kind of a mixed bag. A couple of pleasant surprises, a couple of disappointments.

First up, a nice cut off one of those pleasant surprises … 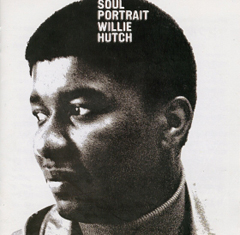 Then, for a friend who can’t find this guy’s records on the East Coast …

Interesting tune. Starts out with a greasy swamp groove much like “Run Through The Jungle.” Arrangement gets more complex, laying strings and an increasingly powerful horn chart next to South’s vocals.

It was either this or covers of “Motherless Children” or “United We Stand.” Couldn’t decide.