As long as you’re watching all those scary movies as Halloween draws near, enjoy Richard Pryor’s take on “The Exorcist.”

This cut is barely 2 minutes long, yet Pryor creates a completely new film, turning “The Exorcist” onto its spinning head.

He’d done the same to Westerns when he helped write “Blazing Saddles” in 1973. Wonder what that film would have been like had Pryor been cast as the sheriff, as director Mel Brooks intended, instead of Cleavon Little. That said, I can’t see anyone but Little as the sheriff.

Halloween is still not my bag

Working on Saturday night, sometimes a drag, will be a delight this Saturday night. Nothing like sitting within earshot of the police scanner on Halloween night.

As noted here a while back, Halloween is not my bag.

However, at this time of year, I always enjoy listening to “Tales of Mystery and Imagination,” the first album by the Alan Parsons Project. It’s full of tunes inspired by Edgar Allan Poe.

We’re revisiting that LP over at our other blog, The Midnight Tracker, which resurfaces at the end of every month, emerging from the haze of time, reviving an old late-night FM radio show on which one side of a new or classic album would be played.

“The Tell-Tale Heart,” the Alan Parsons Project, from “Tales of Mystery and Imagination,” 1976.

Enjoy, then head to The Midnight Tracker for Side 1 in its entirety.

Every kid makes a wish list for Christmas, or for a birthday. Is that something you grow out of?

Our friends over at Analog Apartment ran a little contest earlier this month. Put at least five records in the wish list feature at My Analog Apartment, their sweet new app for record collectors, and they’d pick three users and give each of them one record from their list.

I’m always digging for records, hoping to find something interesting. I was out in the tents in my friend Jim’s back yard last Saturday morning, my fingers numb in the 40-degree cold. October in Wisconsin has been nasty. I brought home 13 LPs for $13, but nothing that blew me away. Some days, you just gotta support your local record dealer.

So why, then, was it so hard to come up with a wish list?

Maybe it’s this mantra, seen on a church message board some 20 years ago: “Strive to need less rather than want more.”

I saw it while running — not far from a record store, actually — and it has stuck with me all these years.

The Green Bay record show is tomorrow, and as usual, I’ll go without a wish list. What’s there is for me to dig through. What’s not there is to be sought another day, an adventure to be continued.

Most of the records on that contest wish list are old soul or R&B records that probably were hard to find in our corner of Wisconsin when they came out, if they came out here at all. 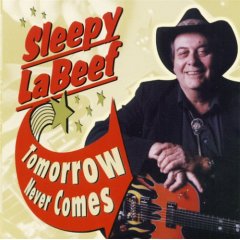 I never find any records by this American treasure, either.

Earlier this year, my friend Al in Milwaukee sent up a blast from the past — an old end-of-year music roundup from the FM station we listened to in central Wisconsin in the ’70s.

Most interesting about WIFC’s Top 95 Heavys of 1972 was what was tacked onto the end — a list of the 30 most-requested album cuts. It, like the top 95 singles of that year, was a rather eclectic list.

After 37 years, I can’t remember all those album cuts, but I know most of them. But not the one that was No. 1 on the list. 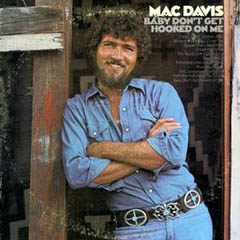 The minute I heard “Poor Boy Boogie,” I remembered it. Ah, yes. A jug band song — a jug band song! — was more often requested than “Pusherman,” by Curtis Mayfield, off the “Superfly” soundtrack.

That should tell you everything you care to know about the musical tastes of central Wisconsin in the early 1970s.

My curiosity about “Poor Boy Boogie” got the best of me on a recent visit to Amazing Records, our local used vinyl emporium.

I was checking out the LP, but didn’t want to spend $1 on it. My friend Jim, who runs the place, said “Just take it. I’ll never sell that.” Always wanting to support record stores, I counteroffered 50 cents. Jim said no. I counteroffered 25 cents. Jim relented and took my quarter.

Some updates, for no apparent reason …

— More on this curious vocal tradition at WFMU’s Beware of the Blog.

Days of swine and noses

There’s some kind of nasty flu bug going around town. A couple of high schools have closed for the week. Our son Evan had only a four-day school week because of conferences, and he’s missed all of it.

It’s not the swine flu, but it’s enough to knock him down for the count.

It’s been quiet around the house, so I finally have had some time to get caught up on some writing and some reading, particularly checking out what the rest of the music blog world is up to.

So, some additions to our blogroll that are worthy of your time.

— Analog Apartment has been there for some time. A place for vinyl record lovers, they’ve come back strong after taking much of the summer off. They’ve developed a sweet sister site — My Analog Apartment — at which you can log all your records, album art and all, and manage your collection. Good Twitter feed, too. No tunes, though.

— Turntabling is new to the blogroll. Its proprietor, Joe Wallace, also is deep into vinyl records. He’s just back from a record-digging adventure that took him from Chicago to St. Louis to Austin to San Antonio and to points in between. He blogged from several stops, and I wanna go. Turntabling is a mixed bag, not for all tastes. If you are into bad album art or DJing, or are looking to buy obscure LPs, check it out. However, there are no tunes here, except in video clips.

— Speaking of road trips, our friend Red Kelly, the Soul Detective, is on one right now! He’s been to Nashville, Atlanta and Augusta, Ga., digging vintage tunes and tweeting about some great BBQ along the way. I wanna go. Watch his videos over at The B Side.

— 30 Days Out also is new to the blogroll. Anyone who writes a series on the old Warner Bros. sampler records is OK with me. George Kovacic and Denny Angelle have been running this show for about a year and a half. They offer news and reviews, too. And, yes, there are tunes.

Well, enough of the announcements.

If I were sick, you might get “Rockin’ Pneumonia and the Boogie Woogie Flu.” But Evan is sick, so here’s some of his pop-punk. 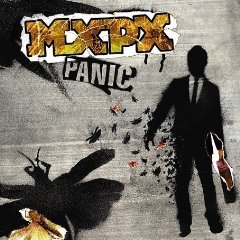 Not our usual fare, but we’ll return to our regular programming.

A fave from Ray’s Corner

Reading the news this morning, I see the following from the Los Angeles Times: “Al Martino, actor in ‘The Godfather,’ dies at 82.”

Which is accurate. That’s how a couple of generations have come to know Al Martino.

But over at Ray’s Corner, the apartment with the loud music, and the place where the martinis are made of gin with the vermouth bottle held about a foot away, memories of the singer Al Martino bring back a more vibrant, more sophisticated time.

Ray is my dad. He’s 84, and he enjoyed listening to Martino on the TV variety shows of the ’50s and ’60s. Those shows were fading from popularity when Martino appeared as the singer Johnny Fontane in “The Godfather” in 1972, introducing him to a new audience in a new way. I doubt Dad has ever seen “The Godfather.”

Martino, born Alfred Cini in Philadelphia, once was one of America’s most popular singers. His hometown paper mentioned that more prominently than “The Godfather.” In a 16-year run from 1952 to 1967, Martino had more than 30 songs in Billboard’s Hot 100 and reached No. 1 on the easy listening charts four times.

“Spanish Eyes” and “Mary In The Morning,” Al Martino, from “The Essential Al Martino,” 2004, a greatest-hits CD that’s out of print. Both tunes are available on “Al Martino: The Capitol Collectors Series,” a digitally remastered greatest-hits CD released in 1992.

“Spanish Eyes,” which hit No. 1 in 1966, is widely regarded as Martino’s signature song. Written in 1965, by German songwriter and orchestra leader Bert Kaempfert, it started out as an instrumental called “Moon Over Naples.” They added lyrics, changed the name and the rest is easy listening history.