Memorial Day weekend 1970 marked the high point for this week’s tune. Peaking at No. 22 on WLS in Chicago was a song that sounded quite unlike any other in the charts, a song certainly ahead of its time.

“Soolaimon” sat at the heart of what Diamond called “The African Trilogy (A Folk Ballet).” That piece made up the entire Side 2 of the “Tap Root Manuscript” album when it was released six months later. Here’s how Diamond described his inspiration in the liner notes: 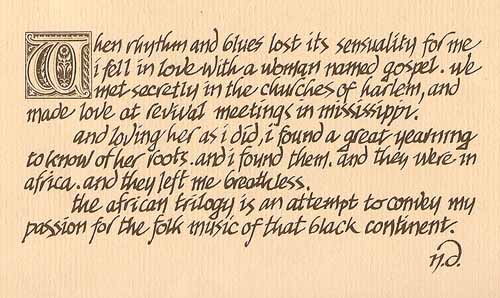 “Tap Root Manuscript” was one of the first albums I ever bought, but I bought it for all the hits — “Cracklin’ Rosie” and “He Ain’t Heavy, He’s My Brother” are on it, too — rather than for “The African Trilogy.”

Regardless, that second side was quite an introduction to world music, especially in 1970. I played it as much as the first side full of Diamond’s more conventional pop-rock tunes. 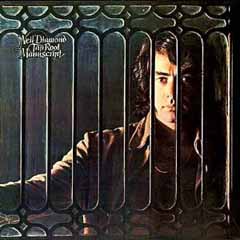 “Soolaimon,” Neil Diamond, from “Tap Root Manuscript,” 1970. (This is a rip from my LP, from the middle of “The African Trilogy,” so the intro and outro may not be all that smooth.)

This was the first single from “Tap Root Manuscript,” released in early May. “Cracklin’ Rosie” followed in late August, then “He Ain’t Heavy, He’s My Brother” in early November. The album wasn’t released until late November. They’d never do that today.

The “Tap Root Manuscript” liner notes credit dozens of singers and musicians, but none to a specific song or instrument. So you see that and wonder whether that’s Merry Clayton — billed as “Mary Clayton” — singing the backup vocals on “Soolaimon.” No way of knowing that I can find. Another little mystery.

Something extra over at The Midnight Tracker: Please check out a shamelessly recycled post over at our companion blog if you’d like to hear more of “The African Trilogy.”