As July turned to August in the summer of 1970, a 13-year-old kid who lived a few blocks from Lake Michigan was starting to figure out that although there were many wonderful songs pouring out of his Panasonic AM-FM radio, not all of them were wonderful.

It was a time when that 13-year-old kid listened and, roughly every three hours, thought:

“Hmmm. The Carpenters. Bread. Do not want.”

Not when the Temptations’ “Ball of Confusion” is blowing your mind.

When producer Norman Whitfield died two years ago, I thought back to that 13-year-old and what ran through his head when he heard that scorching protest number:

“What should I think about everything referenced in that song?”

“Ball Of Confusion (That’s What The World Is Today,)” the Temptations, from “Greatest Hits II,” 1970. The LP is out of print but the song is available on “Psychedelic Soul,” a 2003 compilation of the Tempts’ heavier, more funked-up tunes.

“Ball of Confusion” was released as a single, and then on the “Greatest Hits II” compilation instead of a conventional studio LP.

The Wisconsin kid’s mind-blowing summer will continue another day …

There must be something wrong with me.

It is sunny, scarcely a cloud in the sky, and 85 degrees on this summer day in Wisconsin. I am sitting inside, listening to music and writing.

It isn’t all that different from the summer of 1970, when I would sit inside — probably on gorgeous days just like today — and listen to the rock, pop, soul, R&B, country and easy listening tunes that poured out of my Panasonic AM/FM radio.

That summer, plenty of sunny pop goodness poured out of that radio. In the middle of July 1970, two such songs neatly wrapped a message for the times inside compositions that blended pop and gospel.

Though widely interpreted otherwise with the Vietnam War raging at the time, this is a love song, and one from England at that.

The lead singer is Tony Burrows. He also was the lead singer in Edison Lighthouse, White Plains and the Pipkins, all studio groups that scored hits in 1970. Believe it or not, that got him banned by the BBC. Burrows explains in the August 2010 issue of Mojo magazine:

“The producer (of ‘Top of the Pops’) said, ‘Word has come from above that you’re not to be used any more. People are beginning to think it’s a con.’ They banned me from ‘Top of the Pops.’ I was not played by the BBC for two years.”

This is another of the great songs written by Laura Nyro and turned into a hit by the 5th Dimension. That said, I’ve always thought it would have been stronger had it ended 4 seconds sooner. Does it really need that “Now!” on the end?

If you want only one studio LP from the 5th Dimension, this might be the one. Five of its eight cuts were released as singles, including “Puppet Man” and “One Less Bell To Answer.” There also are fine covers of Traffic’s “Feelin’ Alright” and the Rascals’ “People Got To Be Free.”

‘Just too awesome for words’

No tunes today, just a postcard from the road.

We are home from the Warped Tour stop in Indianapolis, where we found rock ‘n’ roll to be alive and well.

Tuesday was a sun-baked 91-degree day we won’t soon forget.

We started planning this trip during the winter, when our 15-year-old said he wanted to see Sum 41 play live. We found the Warped Tour, then found out another of his faves — Andrew W.K. — also was on the tour. We drove 6 hours to Indy because Evan will be on another trip when the Warped Tour stops in Milwaukee later this month.

Andrew W.K. took the stage first, shortly before noon. Evan got kicked in the face in the mosh pit, but hung in there. Welcome to the big leagues, kid.

Over the last decade, Andrew W.K. has forged a well-deserved reputation as a party-hearty rocker. His 45-minute set was among the best things I’ve seen in a long while. Enthusiastic and energetic doesn’t begin to describe it. Jimmy Buffett and especially you, Sammy Hagar, meet the guy who’ll take your place as the headliner on the summer party tour circuit.

Evan didn’t miss his chance to meet Andrew W.K., either. He bought a T-shirt and was back in line for the mid-afternoon signing.

Andrew W.K. made small talk and graciously listened. When Evan mentioned he’d come all the way from Wisconsin, Andrew W.K. lit up. “My dad’s from Wisconsin!” he said. (It’s true. His father earned his law degree at the University of Wisconsin.)

Then he wrote on Evan’s shirt … “To Evan: Thank you for driving to this party!!! Love, Andrew W.K.”

Then he posed for this picture.

Back at our hotel, Evan posted this on Facebook:

“Today was just too awesome for words.”

Imagine that. You are 15 and meeting your first rock star. He takes a couple of minutes just for you. You get an autograph — neatly written, not scribbled, not illegible — and a picture. He’s a cool guy, a good guy.

Think about it. That 15-year-old kid was one of at least 100 people in line in Indy, the 10th stop on a tour that will make 33 more stops over the next five weeks. They line up day after day, one after another, all seeking something. It so easily could have turned out differently. It so easily could have ended in disappointment. That it did not is so special.

So thank you, Andrew, for helping to create that memory.

Oh, and you were wondering about Sum 41?

I was there, too, but I’ll let Evan describe it. They were really loud and they kinda sucked. They didn’t play anything from “Underclass Hero.”

(Photo of Andrew W.K. on stage taken by Evan from the mosh pit.)

(Photo of Evan and Andrew W.K. taken by Dad, with these instructions from Evan: “Do not screw this up.”)

Here’s some music for your Fourth of July party.

We have some red, some white, some blue, but no Greenwood. 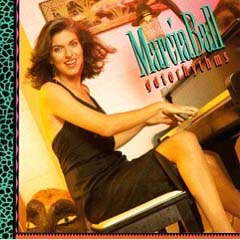 Yes, she is. This is not the old rockabilly tune that was a hit for Billy Lee Riley and covered by Sleepy LaBeef. This swinging tune was written by country singer Lee Roy Parnell and Cris Moore. 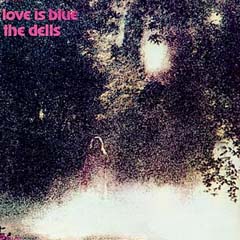 That 1969 LP from the fine Chicago group was chock full of covers, including Bobby Goldsboro’s “Honey” and a medley of Glen Campbell’s “Wichita Lineman” and “By The Time I Get To Phoenix.”

Two legends, both gone now, solo on this one. That’s Sil Austin on tenor sax and Snooks Eaglin on guitar. This CD brought together Austin, who played with Tiny Bradshaw back in the ’50s, with fellow R&B sax great Grady “Fats” Jackson, who played with Elmore James and LIttle Walter. They were joined by Mark Kazanoff, a fixture on the music scene in Austin, Texas, at the time. It was their only album.

And now some real American music!

“Blue Shadows,” the Blasters, from “Streets Of Fire” soundtrack, 1984. (Please excuse the skip about 20 seconds in.)

Ah, the Blasters. You really had to have seen them live. They were something. I don’t play their stuff too much these days. It’s all seared into my head from back then.

And now something for after all the fireworks have gone out. 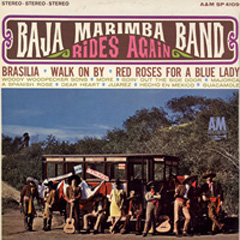 Amazing Records, our local used vinyl record emporium, is all but gone now. Jim thought he’d close the store at the end of April. That became the end of May, and then the end of June.

They were lugging the big wooden bins out the door as I drove past yesterday. But the “Open” sign was still on, as it was today. Jim said as long as it was on, it was OK to stop in.

Jim wasn’t there today, but Bruce was. Bruce helps out on weekends. He was throwing vinyl into boxes bound for California. I explained that Jim had said it was OK to stop in, so Bruce pointed me to three small stacks of LPs. Nope. Nothing there.

If you live near Cotati, California, near Sonoma State University, go visit Jim when he reopens Amazing Records later this summer. He’ll have a bunch of nice records.

Two of the records that kept tempting me during Amazing Records’ last days were albums with tunes from the charts in June 1970.

I thought about getting “Are You Ready,” the Pacific Gas & Electric LP with the hit single of the same name. It was the real thing from 1970.

I thought about getting “Just A Stone’s Throw Away,” the 1977 debut album by singer Valerie Carter. I bought it in 1977 only because it had a nice cover of “O-o-h Child,” the great single by the Five Stairsteps.

But I got neither.

As for PG&E, I just wasn’t in the mood for old West Coast blues-rock jams. I should have bought it for the album art alone.

As for Valerie Carter, I’d be buying it for the same reason I bought it in 1977 — for one song. That I rarely otherwise listened to the rest of it is why it went out in the Great Album Purge of 1989.

But I still dig those tunes from the summer of 1970.

“Are You Ready,” Pacific Gas & Electric, from “Are You Ready,” 1970. It’s out of print, but is available on this double CD with the group’s first Columbia album from 1969. This is the longer album version.

PG&E was that rare group, at least for the time, with black and white musicians. I always thought they were from San Francisco. Nope. They came together in Los Angeles in 1967 and lasted until 1972.

The Five Stairsteps was made up of five kids — four boys and a girl — from the Burke family of Chicago. They recorded first on Curtis Mayfield’s Windy City and Curtom labels before moving to Buddah. They later became the Stairsteps and broke up in the late ’70s.