It was a little surprising to read the comments on last week’s post and to learn that you dig the records we listened to in Jerry’s basement in the mid-’70s. Your affirmation is much appreciated.

That we listened to good records in Jerry’s basement simply reflects what we heard on the radio at the time.

We grew up in the glory days of free-form FM, deep album cuts and adventurous DJs. Even though we lived in a small town in central Wisconsin, we were exposed to many sounds beyond the Top 40 after the sun went down. All that, plus the drinking age was 18, so you heard plenty of new stuff at parties.

(Richard Pryor had to have been a word-of-mouth recommendation or something heard at a party. None of those cuts could be played on the radio.)

In the early ’70s, we had only one real record store in our town. The guy who ran Bob’s Musical Isle was said to have been a bit of a perv. Regardless, BMI was one of those ’50s-style record shops that hadn’t aged well in the ’70s. So I bought records at Prange’s department store until a laid-back hippie opened another record store, the Inner Sleeve, in 1975.

I would like to say I bought a lot of cool records at Prange’s and then the Sleeve in the mid-’70s. One look at the iTunes suggests otherwise.

Yet in the early ’70s, Aerosmith covered “Train Kept A Rollin'” and “Big Ten Inch Record,” a couple of old ’50s R&B tunes by Tiny Bradshaw. Curious about that kind of music from that time, but wanting to go a different direction from all the “American Graffiti” stuff so popular at the time, I picked up “Chuck Berry’s Golden Decade” and started digging it. Still do.

Can’t say whether we ever played this in Jerry’s basement, though. Not sure whether the fellas shared my enthusiasm for Chuck Berry.

Explosions have rocked our basement this summer.

Our rec room, of course, is where our 16-year-old son and his pals gather to play video games and watch Netflix.

There is an old 26-inch TV to which the Xbox is attached. The old stereo components are still there, too. A turntable, a CD player, a receiver and two small but nice speakers, all dating to the early ’90s. One day, our son found out that the TV was hooked up to the stereo system. If you turn on the receiver while playing video games, the explosions blast through the speakers.

It was not all that different in Jerry’s basement in the summer in the mid-’70s.

We didn’t have video games, of course. We had APBA, a table-top baseball game with cards and dice. There were three, four, five, sometimes six of us. We played in the afternoon, went home for supper and at times resumed at night.

Fairly clear now why the ladies did not dig us then.

Jerry also had a stereo. If memory serves, it was one of those old compact stereos from which the turntable dropped down and the speakers swung out. We cranked up the volume as best we could, but there were no explosions.

Jerry didn’t have many records — none of us did then — but we often played most of what he had. So much so that I remember most of those records to this day, more than 35 years on. They included:

“Montrose” by Montrose (1973). We were listening to Sammy Hagar before he was Sammy Hagar. 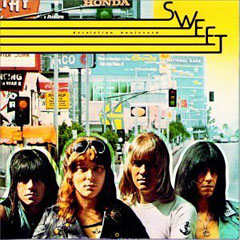 “Desolation Boulevard” by the Sweet (1974). Try as I might, I can’t remember hearing the original version of “A.C.D.C.,” which Joan Jett has so memorably covered.

“Physical Graffiti” by Led Zeppelin (1975). I wasn’t much of a Led Zep fan, but I loved “Boogie With Stu.” Still do. Last summer, one of my son’s pals — a guitar player — said he’d love to get a copy of this record. You should have seen his face when I handed him the vintage vinyl a couple of weeks later. 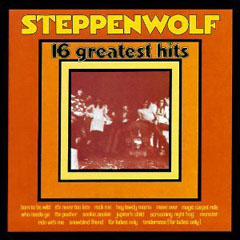 “16 Greatest Hits” by Steppenwolf (1973). This, for us, was classic rock. I really didn’t dig them much at the time. Neither did our JV basketball coach. 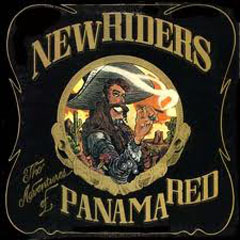 “That Nigger’s Crazy,” by Richard Pryor (1974). Hugely influential in honing our collective sense of humor, which at the time also was being shaped by the National Lampoon (the magazine and the radio show), Cheech and Chong, George Carlin, Monty Python and Johnny Carson.

Again, fairly clear now why the ladies did not dig us then.

Hey, we were 16. It was 1973. Here are some more sophisticated artists we weren’t digging in Jerry’s basement. If we knew then what we know now …

“Dirty Ol’ Man,” the Three Degrees, from “The Three Degrees,” 1973. This was their first studio album. It’s full of Gamble and Huff’s great Philly soul. This is a great tune that was bigger in Europe than in the States.

“Standing In The Shadows Of Love,” Barry White, from “I’ve Got So Much To Give,” 1973. This was his first album. There was a time before everyone knew Barry White was synonymous with seduction. This was that time. (This edited version of this Four Tops cover is from “Barry White’s Greatest Hits,” 1975. The original LP version which runs longer.)

Elvis and me, revisited

That also was a Tuesday, a sun-splashed late-summer day much like today.

Here’s something I wrote four years ago today. 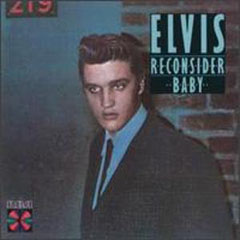 The tune that accompanied that post has been reupped as well. Enjoy!