Are you ready? A little surprise

Having found myself with some time to kill on this sunny afternoon, I stopped by our local indie record store and did a little digging.

Just when I started getting that dread feeling of having seen all of their used vinyl on previous visits, I came across something I hadn’t seen before. 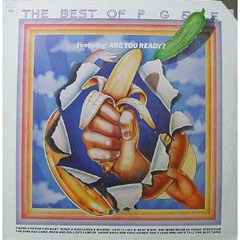 Well, I decided to support my local indie record shop, and I took it home. After popping it on the turntable, I found it be quite different than what I expected. Quite pleasantly so, and not just because the vinyl grooves were almost pristine.

Turns out that Pacific Gas & Electric, which became PG&E, was more of a soul and R&B outfit than I thought. Or at least as represented on this 1973 record, which draws tunes from three LPs recorded for Columbia from 1969 to 1971. 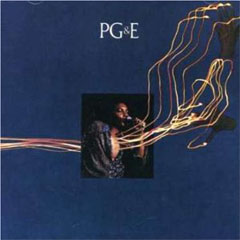 The first cut is an upbeat, gospel-tinged rocker with a great horn chart.

The second cut, which barely dented the charts in the winter and spring of 1972, compares favorably to the elegant Chicago and Philly soul love songs of the time.

These originals turned out to be more interesting than the covers of “When A Man Loves A Woman” and “(Love Is Like A) Heat Wave.”

Pacific Gas & Electric, fronted by singer Charlie Allen, was racially mixed. That was quite something for the time. The liner notes tell this story:

“One night in Raleigh … several members of a rather uppity Southern audience objected to the presence of a black lead singer in a rock and roll band and pulled guns on the band. Their exit, had it been filmed, would have made excellent Clint Eastwood footage.”

That was April 25, 1970. As the band’s van drove away, some members of that uppity North Carolina audience fired their guns at it. Four shots hit the van, but no one was hurt.

PG&E was a five-piece band from its founding in Los Angeles in 1967 until 1971, when it became a nine-piece band and started to unravel. The end came in 1973, after PG&E released a Dunhill Records LP that features Allen and session musicians. Allen was 48 when he died in 1990.

What’s that in your pocket?

America’s pent-up passion for football is about to explode.

You feel it every day when you live in the shadow of Lambeau Field. You feel it this weekend as college football starts. Some of it remains simply a love of the game. But not much.

That passion for football, be it the NFL or college football, is increasingly driven by equal parts marketing, gambling and fantasy leagues. Even the TV and radio talking heads are geeked up.

Is that a microphone in your pocket or are you happy to see me?

This week, we’re getting our close-up. Right here in the shadow of Lambeau Field, it’s the NFL Kickoff Weekend, starring Kid Rock, Lady Antebellum and Maroon 5! Oooh, Matt Lauer and Al Roker will be live from here, too! Oooh, Jay Leno is going to talk about us in his monologue!

It is, in the eyes of one David Fantle, the deputy secretary of tourism in Wisconsin, “almost like a mini-Super Bowl.” Then he added:

“It’s invaluable. It’s the kind of exposure you can’t buy
— or you can’t afford to buy.”

Is that a brat in your pocket or are you happy to see me?

I wonder what Vince Lombardi would think of all this. His teams won championships, then opened the next season with little more than a baton twirler and a marching band. That was a different time, of course.

I also wonder what George Carlin would think of all this. 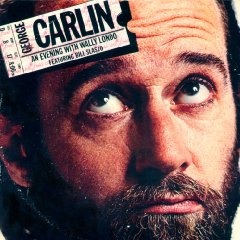 Baseball isn’t so innocent anymore, either, but Carlin’s take still goes a long way toward exposing the absurdity of what we’re seeing this week. That this was spoken in March 1975 and still holds true is testament to Carlin’s genius.