The things you discover when the iPod is on shuffle play during a workout.

Today, this song came up, pretty much at top volume, as I lumbered around the track at the Y. There are a couple thousand songs on my iPod. I know most of them, but I don’t know them all. I didn’t recognize this one.

A check of the iPod after the workout revealed that this mystery R&B shouter was none other than a young Tom Jones.

It’s 1965, he’s 25 and he’s covering “I Need Your Lovin’,” a curiously paced tune that had been a hit for Don Gardner and Dee Dee Ford in 1962. In the original, and in TJ’s blistering cover, things cook nicely, then come to a complete halt, then rev back up again.

It must have been a pretty good tune. Otis Redding covered it, too.

What we’re gonna do right here is go back. Way back. Back into time. When the only way we were going to be introduced to the Jimmy Castor Bunch, at least as teenagers in a small town in central Wisconsin, was via the Top 40 radio.

So we were. As spring turned to summer in 1972, we were digging “Troglodyte (Cave Man),” the fiercest, funkiest novelty single any of us had ever heard.

Indeed, for a long time, it was the only Jimmy Castor song we knew.

Many years passed, and one day I found my way to a place called Funky 16 Corners. There, my new friend Larry from New Jersey introduced me to Jimmy Castor, late ’60s Latin jazz soulster, by way of a couple of instrumentals called “Southern Fried Frijoles” and “Ham Hocks Espanol.” I had no idea.

Nor did I have any idea, honestly, of Castor’s tremendous impact on hip-hop music via the sampling of his ’70s funk. That was the main theme in almost every story I read after his passing late last week.

Yet for all the remarkable range of  Jimmy Castor’s career — from late ’50s doo-wopper to ’60s Latin jazz soulster to ’70s funkster to  ’80s hip-hop inspiration — “Troglodyte” is what I knew best. Which is why I bought a couple of Jimmy Castor Bunch LPs from that era while crate digging.

Listening to “It’s Just Begun,” the 1972 LP featuring “Troglodyte,” was a revelation. That record had the entire Jimmy Castor spectrum laid out on its two Dynagroove sides. Yeah, there was funk (his own brand and some inspired by James Brown), but also some R&B, some Latin jazz, some pop (clearly inspired by the band Chicago) and some of his early doo-wop, all bookended by a couple of orchestral pieces

My friend Larry wisely summoned some of that LP’s best grooves in his Jimmy Castor tribute post earlier today. Head over to Funky 16 Corners to listen to the title track and to “L.T.D. (Life, Truth & Death).”

The wide variety of sounds on “It’s Just Begun” also demonstrated the sheer joy brought to the party by the good-natured Castor. Which is why, here, we’ll end as we started — listening with a smile.

“Troglodyte (Cave Man),” the Jimmy Castor Bunch, from “It’s Just Begun,” 1972. The buy link is to an import double CD also featuring “Phase Two,” the LP that followed later in 1972.

The song also is available on “The Best Of The Jimmy Castor Bunch: The Everything Man,” a 1995 compilation that goes heavy on the funk.

Bonnie and Dave and the boys

After the passing of NRBQ drummer Tom Ardolino last week, I ripped some covers of NRBQ songs, then decided against using them in that post. It was getting plenty long as it was.

Let’s give them a listen, shall we?

NRBQ’s popularity among critics, fans and their peers peaked as the ’70s started to turn toward the ’80s. During that time, NRBQ released three albums widely regarded as among their best: “At Yankee Stadium” in 1978, “Kick Me Hard” in 1979 and “Tiddly Winks” in 1980.

Bonnie Raitt noticed. Disappointed at how her 1979 LP, “The Glow” was received, she decided have a little fun with her next record. She rocked out on “Green Light,” released in 1982. Who better to have fun with than NRBQ? So she covered two of their songs.

“Me And The Boys” and “Green Lights,” Bonnie Raitt, from “Green Light,” 1982. It’s out of print but is available digitally.

Dave Edmunds noticed, too. He picked a bunch of covers for “D.E. 7th,” his first record after the breakup of Rockpile. One was an unreleased Bruce Springsteen song. There also were covers of Chuck Berry, Brian Hyland and Doug Kershaw. And an NRBQ cover, one also chosen by Bonnie Raitt.

Edmunds kept some of that spirit on his next record, “Information,” in 1983. Though most remembered for Jeff Lynne’s production and songs, Edmunds still worked in covers of songs by the J. Geils Band, Moon Martin and Otis Blackwell. And one by NRBQ.

“I Want You Bad,” Dave Edmunds, from “Information,” 1983. The buy link is to the same double-length CD mentioned earlier.

See how they compare to the originals.

“I Want You Bad” written by Terry Adams and Phil Crandon. 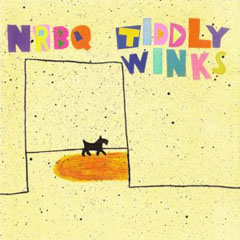 “Me And The Boys” written by Terry Adams.

At this point, I must state for the record — so to speak — that both the Bonnie Raitt record and the NRBQ records were brought to the party by the lovely Janet, who at the time was my girlfriend and who somehow decided to stick around and become my wife.

Now if I could only find our copy of “Tiddly Winks.” We used to have it, and I can’t imagine we let it go in either the Great Record Purge of 1989 or our Great Garage Sale of 2006. If so, that’s another story for another day.

A little magic from NRBQ 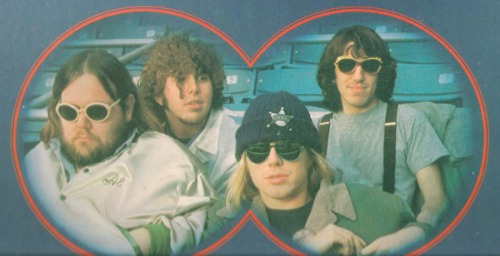 NRBQ was, and is, a cult fave. I know. I went underground to see them.

The news that NRBQ drummer Tom Ardolino died on Friday night reminded me of those long-ago gigs in Madison, Wisconsin. It was the mid-1980s. WORT, our local indie, free-form radio station, was playing NRBQ in advance of a show. The message, essentially, was “This stuff is OK, but you really ought to see them live.”

So I went down to Headliners, which was a music club built below street level. Situated next to the Church Key, a cramped bar in an old church, Headliners was more spacious. You probably could squeeze 1,000 people into it. NRBQ drew a nice crowd for a college town, but nothing close to capacity.

My lingering memory is not so much NRBQ’s songs, but its loose, joyous, energetic and irreverent stage presence. NRBQ played tunes from all kinds of genres. They also made the audience part of their show, happily fielding requests.

Some 20 years later, NRBQ played on a side stage at a big outdoor festival here in Green Bay. There might have been 20 people in the audience, tops, but we got the same kind of show I saw at Headliners years before. I found the following about that Green Bay show, posted last year on an NRBQ bulletin board. I don’t know who wrote it, but it’s accurate:

“It was an odd gig since no one in the audience seemed to know who NRBQ was. We talked to the guys after the 1st gig and when Terry (Adams) asked where the audience was, we told him that people seemed to be more into the Beatles cover band playing on another stage. Tommy said ‘Well, maybe we should play more Beatles songs!’ The 2nd night, sure enough, they played 3 Beatles covers … and everyone loved them.”

There aren’t a lot of NRBQ records in the racks behind me. They just don’t measure up to the live shows.

Here, though, is one track that captures a little bit of what NRBQ was like on stage. “Time for the box!” means it’s time to pick something from the Magic Box, which sits on stage and is stuffed with fans’ requests for covers.

“North To Alaska,” NRBQ, from “Kick Me Hard,” 1979. It’s out of print, but a 1989 CD release with extra tracks is available digitally. They’re accompanied by the Whole Wheat Horns — trombone player Donn Adams and sax player Keith Spring — on this cut.

Photo: Al Anderson, Tom Ardolino, Terry Adams and Joey Spampinato from the back cover of the “At Yankee Stadium” LP from 1978.

A while back, I got back in touch with Dave, an old high school friend. Over time, via Facebook, Dave divined that I was into old vinyl records.

One day, Dave asked whether I wanted to take a bunch of records off his hands. Usually, I say no. I don’t want to tell friends their records suck. But Dave was, and is, a pretty cool guy, so I figured he’d have some good records. 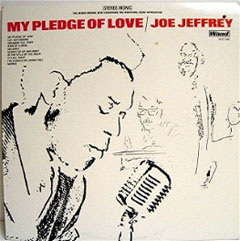 It caught my eye only because it was on the Wand label, an offshoot of Scepter Records, the home of some sweet ’60s pop-soul. The name Joe Jeffrey didn’t ring a bell. I dropped it on the turntable and found some of that sweet pop-soul. There, at the end of Side 1, was the title track.

It’s one of those songs you recognize, then realize you never knew who did it. “My Pledge Of Love” reached No. 14 on the pop charts in the summer of 1969. It was written and performed by Joe Stafford Jr., a Cleveland native who became Joe Jeffrey. More on that later.

According to Diana Reid Haig, a researcher and producer who wrote the liner notes for “The Scepter Records Story” box set, the four-man Joe Jeffrey Group was discovered in Cleveland in early 1969 by Alan Klein, a former Liberty Records salesman. He recorded and produced “My Pledge Of Love” at Audio Recording, a four-track studio in Cleveland. A Buffalo record jobber named Jerry Meyers brought the song to Scepter, for whom he indirectly worked, and was given co-producer credit.

It’s possible that “My Pledge Of Love” broke first in Buffalo, where it climbed to No. 7 on WKBW’s Top 40 chart by the second week of May, then reached No. 1. It was mid-June before it entered the Top 40 chart on Chicago’s WLS (and then only at No. 40) and then late July before it peaked at No. 11 on WLS.

That Buffalo connection might explain the cheerleading in the liner notes on Jeffrey’s only LP, the one found in Dave’s stash. WKBW’s Sandy Beach — now there is a classic DJ name! — raves:

“I think it is the best all-around pop album since ‘Sgt. Pepper.'”

Truth be told, it’s a nice record by a regional artist who had enough talent to score a national hit but not enough material to keep the momentum going. Among the other tunes recorded in that small Cleveland studio are covers of songs by the Buckinghams, Bobby Hebb, the 5th Dimension, Cole Porter, Curtis Mayfield and O.C. Smith and even one — “Margie” — that dates to 1920.

“My Pledge Of Love” was the high point for Jeffrey. He got to record with producer Chips Moman at American Sound Studios in Memphis. It didn’t get much better than that in 1969. Moman was much in demand and American Sound was cranking out dozens of pop, soul and R&B hits. Their two songs, though, were only the B sides on the Wand singles that followed “My Pledge Of Love” in 1969. Here they are.

The former, written by one M. James, has some sweet horns and Hammond organ.

The latter chugs along and was co-written by Johnny Christopher, who co-wrote “Always On My Mind,” a hit for Elvis in 1972 and an even bigger hit for Willie Nelson in 1982.

Jeffrey’s last two Wand releases, in 1970, were covers of “My Baby Loves Lovin’,” a hit for White Plains at the same time, and Gene McDaniels’ “A Hundred Pounds of Clay.” Since then? He’s gone missing.

So how did Joe Stafford Jr. become Joe Jeffrey? Well, there already was a pop and jazz singer named Jo Stafford, whose name and body of work suggested quite a different vibe. Thus the name change.