Under the Motown covers

Was there ever a record company better at getting mileage out of its songs as Motown?

Hear, then, three examples of familiar Motown songs covered by other Motown artists. All three were written by the great Barrett Strong and the legendary producer Norman Whitfield.

“War,” the Temptations, from “Psychedelic Shack,” 1970. The LP is out of print but is available digitally.

This is the original version recorded in 1969, but Motown sat on it, preferring to not piss off the Temptations’ fans with such a political song. It was a No. 1 hit for Edwin Starr in 1970. 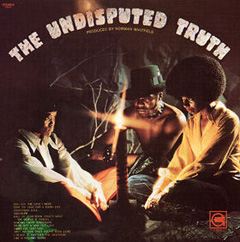 Smokey Robinson and the Miracles recorded the original version in 1966, but Motown owner Berry Gordy didn’t like it. It was a No. 2 hit for Gladys Knight and the Pips in 1967. Marvin Gaye also recorded it that year, but Motown didn’t release it as a single until 1968, when DJs started playing it off the “In The Groove” LP. It was a No. 1 hit.

The Temptations did the original version in 1971. The Undisputed Truth had a No. 3 hit with it later that year.

Rare Earth’s “Ma” also is featured over on our other blog, The Midnight Tracker, which delivers vintage vinyl one side at a time. Check it out.

3 responses to “Under the Motown covers”