Mr. Green is not serene

The weekend squire is back from mowing his lawn, but Mr. Green is not serene. He has a nice new Mac, but is discovering there is more assembly required than anticipated.

So, until such time that I can figure out which patch cords, adapters and third-party hardware will make the new Mac do all the things the old Mac did — your wise counsel is welcome — blogging will proceed in fits and starts. Which pretty much describes how that 6-year-old Mac was running. That it kept crashing while ripping vinyl was the last straw.

Vague disappointment like that is nothing new to those of us who buy records. You always hope for the best, but not every record is going to blow you away.

Last fall, I read this Los Angeles Times story about a covers record being done by Micky Dolenz, the great singer from the Monkees. In it, Dolenz said:

“The whole idea is that this album would be a kind of a scrapbook of my life, from the Monkees days, from before the Monkees and post-Monkees as well.”

That sounded promising. Covers of songs by the Beatles, Three Dog Night, Bread, Chuck Berry, the Archies and the Monkees, along with some originals. I kept an eye out for it, and it turned up in our local indie record store this spring.

So I picked it up, brought it home, popped it in the old Mac … and … you know that feeling. You sit back and listen. You want to like it. You’re trying to like it. The record is pleasant enough, but it’s just not happening.

So it was with “Remember,” that covers record from Micky Dolenz. That said, I like Micky, and some of it is worth hearing. 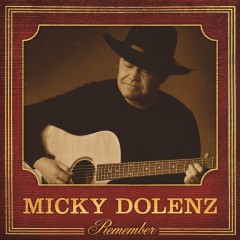 Which is kind of interesting because the original version of “Randy Scouse Git,” Micky’s take on his 1967 trip to the UK and the last cut on that year’s “Headquarters” LP, has never been among my favorite Monkees songs. It was a bigger hit in the UK than in the States, perhaps because of its English music hall sound, which wasn’t my cup of tea. This is not that. It’s a moodier, heavier take.

As is the title track, a cover of the Harry Nilsson song. Also worth exploring.

Soundtrack to the ride of a lifetime

One of the girls was still in high school, the other not long out, listening to the radio as they cruised what they called “The Circuit” in the late 1960s.

They sat up front in that Mercury Cougar, vaguely a muscle car. With all the windows down on an early August night, the air rushed in and the sounds of the Top 40 blasted from the AM radio.

The kids sat in the back, savoring every moment of that late-summer adventure. It seemed oh, so sophisticated.

Those memories have come rushing back, for reasons all too bittersweet.

Seeing this 1970 Cougar at our local car show on Sunday reminded me of the Cougar those girls drove. One of those girls — my cousin — may not be with us for much longer. Cancer.

My cousin’s given name is Maureen, but we have called her “Pete” forever.

She was 17 and her sister Debbie was 19 when we made the rounds of Janesville, Wisconsin, in the summer of 1969. I sat in the back along with my brother John. We were 12 and 10. (The photo above is me and Pete and John from 1966, three years before we cruised The Circuit.)

Janesville, then the home of a huge GM assembly plant, had a strong car culture. On weekends, the kids cruised The Circuit, a long, rectangular loop of one-way streets that went over the Rock River and back again.

WLS, the Big 89 out of Chicago, provided the soundtrack to those thrilling rides. We could have been riding The Circuit on the week of Aug. 4, 1969. The top five songs in the WLS chart that week have been seared into my head all these years.

3. “Put A Little Love In Your Heart,” Jackie DeShannon.

Some of the other songs in the WLS Top 40 that memorable week, also long blown deep into my head by the wind off The Circuit:

What a ride that was, Pete.