This land was his land

What a time we have lived in.

That realization comes more often as those of us of a certain age get older. When we were kids in the ’60s, there were four TV channels.

On those four channels, there was a thing called the variety show. You could hear some comedic and dramatic monologues, see some skits and production numbers, and hear Broadway songs, pop standards, pop hits and — after a while, grudgingly, it often seemed — rock music.

Folk music was part of that rich cultural stew, too. That’s where I must have heard Pete Seeger and his songs.

In a lifetime of listening to music, his songs are part of the foundation of everything I know. They’re some of the first songs I ever came to know as a grade-school kid in the ’60s. “This Land Is Your Land” was the most memorable. But I also came to know “If I Had A Hammer,” “Where Have All The Flowers Gone,” “Goodnight Irene,” “Rock Island Line” and “The Lion Sleeps Tonight.”

But as I grew up and my tastes changed, folk music just wasn’t my bag. John Prine and Steve Goodman were as close I got to folk. Pete Seeger was, and is, no less great, but I’ve long known more of his songs done as covers than as his originals. I don’t have any Pete Seeger records.

“This Land Is Your Land,” Peter, Paul and Mary, from “Moving,” 1963. Also available digitally.

My dad had this record, so we played it endlessly as kids. This song and “Puff,” one of the saddest songs I know, over and over. 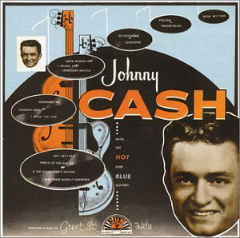 My dad loved trains, so of course we loved this train song. It’s the first cut on Johnny Cash’s debut LP. (I bought this record in the late ’80s, and only recently realized it was his first LP.)

“This Land Is Your Land,” Sharon Jones and the Dap-Kings, from “Naturally,” 2005. Also available digitally. 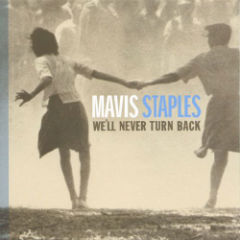 “Eyes On The Prize” and “We Shall Not Be Moved,” Mavis Staples, from “We’ll Never Turn Back,” 2007. Also available digitally.

(I used to have “Goodnight Irene” on a Ry Cooder record, but it went out in one of the Great Record Purges.)

All these covers inspired by Pete Seeger, a national treasure whose work is timeless, whose influence endures.

The only ones left to tell the tale

The other day I was going through the dollar records at Rock ‘N Roll Land, a fine indie record store in our corner of Wisconsin. I pulled out a couple of Cowsills records, then couldn’t remember which ones my friend Larry recommended on his Iron Leg blog.

Not far from the Cowsills, there was this.

Wondering what the Buoys sounded like once you got past “Timothy,” I took a flyer on it. Every so often, record diggers do that.

The story of “Timothy,” a hit song in the spring of 1971, is a bit like that of the premise behind “The Producers.”

In what likely was 1969, a Scepter Records executive was tipped to the Buoys. He heard them playing in a pizza place in Exeter, Pennsylvania, and sent them to New York to work with session man Rupert Holmes, who’d worked with the Cuff Links.

Having been given a contract for exactly one Scepter single — but no money to promote said single — Holmes decided to write a song certain to generate attention by being banned from radio. “Timothy,” that notorious tale of cannibalism, unexpectedly became a hit, as did “Springtime For Hitler,” the musical in “The Producers.”

“Rupert was a great doodler on the piano,” Buoys singer and lead guitarist Bill Kelly told the Wilkes-Barre (Pa.) Times-Leader newspaper in 2002. “He was doodling on the piano and played and sang ‘Timothy.’ We laughed our heads off and agreed to record the song, really just for the fun of it. We thought it was a great joke.”

The Buoys, who’d started gigging around Wilkes-Barre and Scranton as teenagers in the mid-’60s, released “Timothy” regionally in early 1970. It did nothing. A year later, it got a national release, and all that attention.

“It seemed like one day we were playing fire halls and gyms and the next day we were at a pop festival in front of 200,000 people,” Kelly said in 2002, “Here we were 20 years old and opening for Spencer Davis and Ike and Tina Turner.”

Fast forward to today, when Rupert Holmes is known more as a successful composer and playwright than the guy who wrote that long-ago song on the radio. He wrote “Drood,” a murder mystery/musical that won all kinds of Broadway awards in 1985. It’s become so popular that even high schools do it now, opium den and all. Our son Evan had one of the lead roles during his senior year at Green Bay East.

Listening to the Buoys beyond “Timothy” for the first time, Holmes’ five songs clearly foreshadow the stage music to come. He arranged the entire LP, save for “Timothy,” but it isn’t clear whether he sings or plays on the record. Some sources credit Holmes as playing piano on the record, but not its liner notes.

This is a remarkably sophisticated record, and not all because of Holmes. The five Buoys — Bill Kelly (lead guitar and flute), Gerry Hludzik (bass), Fran Brozena (guitar and keyboards), Carl Siracuse (guitar, keyboard and flute) and Chris Hanlon (drums and percussion) — wrote five songs, too. They’re tight, finding just the right grooves for a diverse bunch of songs inspired by the pop, prog and folk of the day.

Hear, then, the pride of Wilkes-Barre:

“Memories,” written by the band, with dual flutes!

They say celebrities and prominent people go in threes. Here again is proof.

Memorable everyday people: William “Freddie” McCullough of Bloomingdale, Georgia (“There isn’t enough space here to list all of the women from Freddie’s past. … A few of the more colorful ones were Momma Margie, Crazy Pam, Big Tittie Wanda, Spacy Stacy and Sweet Melissa.”), Mary A. “Pink” Mullaney of Whitefish Bay, Wisconsin (“If you’re about to throw away an old pair of pantyhose, stop.”), Harry Stamps of Long Beach, Mississippi (“He particularly hated Day Light Saving Time, which he referred to as The Devil’s Time.”).

Milwaukee’s finest: Edmund Fitzgerald (insurance executive for whom ill-fated Great Lakes ship was named), Elmer Lenz (police officer who yanked George Carlin off a Summerfest stage after he did “The 7 Dirty Words You Can’t Say On Television” routine in 1972), Sam Pace (Esquires singer).

Role models: Mike Hegan (Brewers player whose fashion style I borrowed when I was 14), Arnie Hoffman (I worked under Arnie on the regional desk at the Eau Claire Leader-Telegram in 1978 and 1979, my first paying job in the news business), Fred Steffen (he hired me for that job).

Scene-stealers: Deacon Jones (once part of the Los Angeles Rams’ Fearsome Foursome, he also was a larger-than-life actor and singer), Richard LeParmentier (Admiral Motti, all choked up in “Star Wars”), Peter O’Toole (in pretty much all of his films).

One last note: This is not intended to be an inclusive list of all who passed in 2013. Rather, this is my highly subjective list. Yours will be different.