Never imagined yesterday morning that when I tweeted my two cents’ worth about the J. Geils Band’s prospects for the Rock and Roll Hall of Fame that I would wind up discussing it with a gent who knows a bit about rock and roll and fame.

@MDesbarres @littlesteven_ug @SIRIUSXM Tough call. Popular but not influential. A lot of their best cuts are covers. Gotta say no.

I would like to go to Cleveland and visit the Rock and Roll Hall of Fame someday. My friend Larry was there this summer. Judging from Larry’s pictures, it looked like the Hall of Fame had a bunch of fun stuff.

But that’s the extent of my interest. You go ahead and vote for this year’s nominees. I’ll sit it out.

That said, Harry Nilsson, Pat Benatar, Peter Frampton and Warren Zevon are not in. Def Leppard, Yes, the Guess Who and the Moody Blues are not in. Just the tip of the iceberg. So many more are worthy as well.

Now for that brief discussion with Mr. Des Barres, who has been rocking and rolling since the earliest ’70s and whom I listen to weekday mornings on Little Steven’s Underground Garage on Sirius XM.

I’m still not sure the J. Geils Band merits enshrinement, even though I once wrote a fan’s guide to all 14 of their studio and live albums, which I have.

The J. Geils Band was a tremendous live band. They fortified their act by rescuing vintage soul, R&B and blues singles from obscurity and introducing them to new, younger audiences over the first half of a 15-year recording career that started in 1970. Those energetic covers have seemingly better stood the test of time than the original songs by Peter Wolf and Seth Justman that dominated the second half of that run.

That said, I do wish them well and certainly would applaud their election. 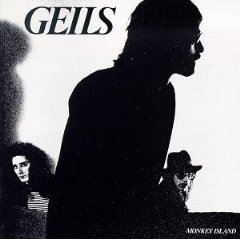 It’s a cover of the Marvelows’ 1965 hit. This is the studio version. They also do it live on “Showtime,” their third live album, which came out in 1982.