How to shop for record diggers

As the holiday season arrives, we present the following as a public service.

Your loved one is a record digger. You want to give them a good gift. I’m blessed to have a family who gets it, and is good at doing so.

If you’re Santa, here are a few guidelines. If you’re waiting to unwrap the gifts, please feel free to share with your loved ones.

Less is more, Part II. It’s better to receive one nice record that gets dropped right onto the turntable than a stack of records that goes unplayed.

Talk to the folks at the record store. They might know your record digger better than you do, and they’re more than willing to help you find what you seek.

It’s OK to give a gift certificate. Let your record digger pop for obscure stuff neither you nor the record store folks would ever have considered. (Which explains how “The Hullabaloo Show” by The Hullabaloo Singers & Orchestra made it into one of my crates last month.)

It’s OK to ask for a wish list. That’s the best possible scenario for all parties. The giver is confident of giving something the recipient wants to receive.

That happened this summer. Four days before my June birthday, I went to see Garland Jeffreys. When I got home, I mentioned that he had a new record out. (Money was tight, so I didn’t stop by the merch table.) A couple of months later, out of the blue, we had to stop at the record store while running errands. Turns out a certain special order had come in. 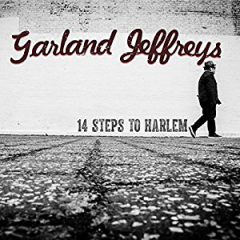 “Waiting for the Man,” Garland Jeffreys, from “14 Steps to Harlem,” 2017. On which he covers his friend Lou Reed. He played this one for us that night.

Speaking of wish lists, here’s the one I typed into my phone while hanging out at the record store not too long ago.

— Sharon Jones and the Dap-Kings, “Soul of a Woman”

— Mavis Staples, “If All I Was Was Black”

— The Isley Brothers and Santana, “Power of Peace”

— The “Soul Christmas” reissue on Stax

— My friend Norb’s book “Fear of a Norb Planet”