Riding with Records on Wheels

It is the early summer of 1965. School’s out in Green Bay, Wisconsin.

You’re cruising Main Street, your car radio blasting away. You’re plopped down on the bed, listening to the tinny sound from your tiny transistor radio.

Then you hear a certain song.

But which stores have that 45? Stiller’s? Shopko? Prange’s? Woolworth’s? Snyder Drug? It’s a hassle to run downtown on the spur of the moment.

Still, you really dig it that song. You gotta have it. Like right now, man.

A Chevy panel truck pulls up outside the house. Someone gets out, comes up to your door, collects your money and hands you the 45 you just gotta have.

You paid a premium for that service, of course. That record you so urgently needed cost $1 — 97 cents plus 3 cents sales tax.

Records on Wheels was ahead of its time. Decades ahead of a time with next-day delivery from Amazon.

The only evidence of its existence are 11 days of newspaper want ads touting the service in February 1965 and the ad above, which was curiously dropped into the paper four months later, on Thursday, June 17, 1965 — 55 years ago today.

And, of course, the records that were wheeled to homes all over Green Bay.

What was Green Bay listening to this week in 1965? The Beatles are between singles — it’ll be another month before “Help!” is released in the States.

That week’s Top 10 at WDUZ radio isn’t all that adventurous. It’s topped by Dino, Desi and Billy, who are followed by the Byrds, Herman’s Hermits, Sam the Sham and the Pharoahs, the Dupries (a local group), the Sir Douglas Quintet, the Vibratones (another local group), the Beach Boys, Gene Pitney and the Yardbirds.

It won’t be long, though, before the Green Bay kids are digging this:

It just takes two months to make it to Green Bay after its release.

Our story so far: In February 1970, the Stiller’s Top Ten singles chart suddenly disappeared from the Green Bay Press-Gazette after running in the paper every Friday for almost five years.

The Stiller Co. had sold records in downtown Green Bay for years. It was the place to go digging for 45s and LPs, a place where performers made in-store appearances, a place from which local radio stations did shows and remotes.

But the Stiller family, which had run the store since the turn of the century, was retiring. New owners were taking over. New owners with new ideas.

May 21, 1970 — a week shy of five years since the first appearance of the Stiller’s Top Ten chart — saw this offer from “Green Bay’s moving and grooving house of music!” 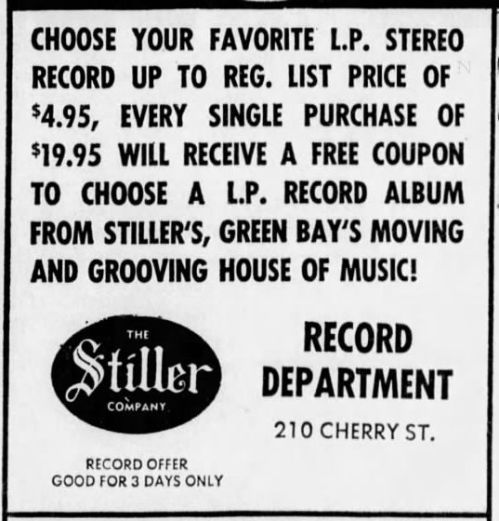 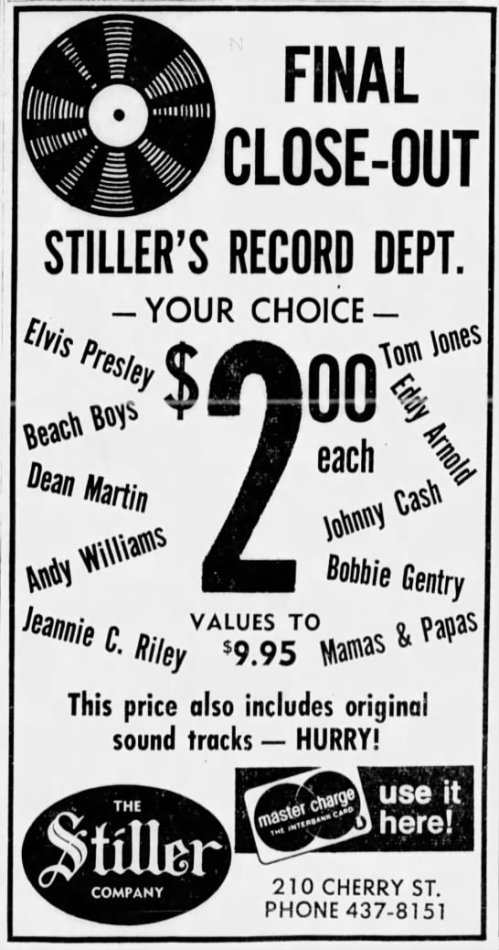 A month later, as the store marked its 72nd anniversary, the records were gone.

“A new sound department has opened, replacing the former record department,” the Press-Gazette reported on Nov. 8, 1970. “The department will feature sound equipment and components for stereos, radios and tape recorders.”

They blamed their predicament on having lost business to suburban shopping centers, on having too many people on the payroll, on high overhead and on “creditors that were too easy on the firm.”

Before the year was out, in the days just before and after Christmas 1972, everything in the store was sold at a bankruptcy auction.

If you want it, here it is, come and get it
But you’d better hurry ’cause it’s goin’ fast

Which, fittingly, was the last song on the last Stiller’s Top Ten chart. 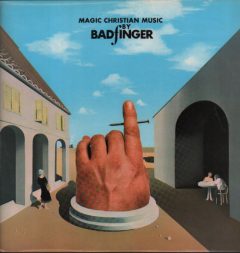