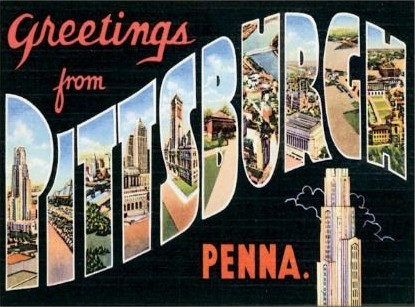 One of the great things about record digging is where it takes you while traveling. You often get down to the neighborhood level, where many tourists don’t go. You find other cool places along the way.

I wrote that two years ago and we did just that again earlier this month as we took a week and drove from Wisconsin to Maryland and back. 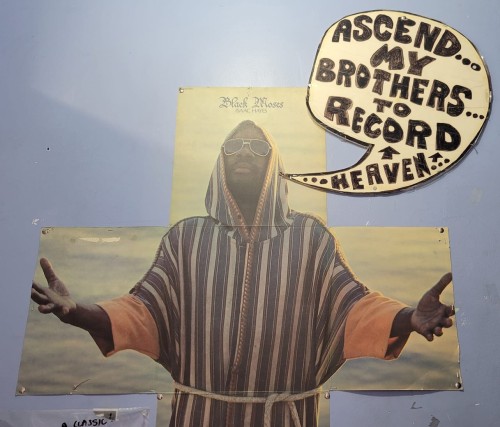 First stop: Thursday was spent in Pittsburgh, a place I’ve always wanted to visit. We had only a day, but after doing what we most wanted to do —  trying Primanti Bros. sandwiches, riding the Duquesne Incline overlooking downtown Pittsburgh and seeing the old Forbes Field wall on the Pitt campus — we wound up near the mighty Jerry’s Records late that afternoon. Black Moses greets you in the hallway as you walk in off the sidewalk.

Jerry’s claims to be the world’s largest used record store with almost 1 million records. I don’t doubt that. It’s certainly the largest record store I’ve ever been in. Jerry’s takes up the entire second floor of this building in the Squirrel Hill South neighborhood east of downtown Pittsburgh.

But after a brief look around all those records, and hoping to find obscure records on the wish list in my head, I didn’t find anything. Even so, highly recommended. I’d love to spend an afternoon there. 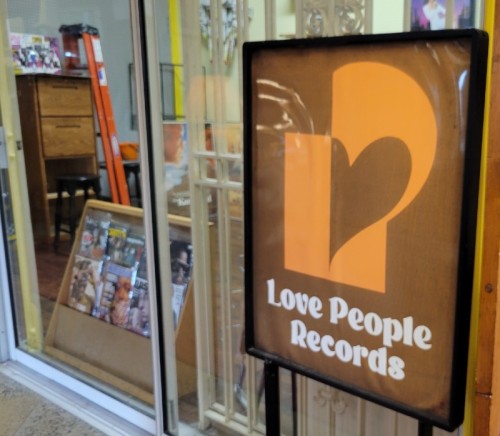 Second stop: By Saturday, we’d arrived in Maryland, the northern D.C. suburbs. We spent the day with our son, his girlfriend and his buddy. One of our stops was Kensington, where Love People Records has two tiny spaces inside Antique Village in that quaint downtown.

As I dug through the bins, I shot the breeze with Q, who runs the place with his wife Rita. Both former DJs, they realized a dream when they opened the store last year. Q’s father also ran a record store in the ’70s and 80s, the original Love People Records in Brooklyn. (Q concedes he and Rita had a lot of records and, with a growing family, needed to downsize.) 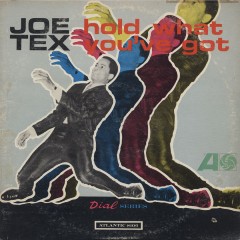 The good news is that my record-digging dry spell ended at Love People Records. I found this cool-looking Joe Tex record, “Hold What You’ve Got,” from 1965.

Turns out Q and I may have a mutual acquaintance. I asked him what Q stood for — Quartermaine — and I said I know a guy named Quinn who also sells records. He lives down in Richmond, Virginia, a couple of hours south. Quinn Cunningham of Funk Trunk Records. That rang a bell with Q. Thinks he knows him from somewhere, maybe a record show or a DJ night.

(I know Quinn first from selling at the Milwaukee record show, then from his tiny, steps-down-from-the-sidewalk storefront in Chicago’s Rogers Park neighborhood, and now from his online store, highly recommended if you seek hard-to-find soul, R&B, disco, jazz and gospel.) 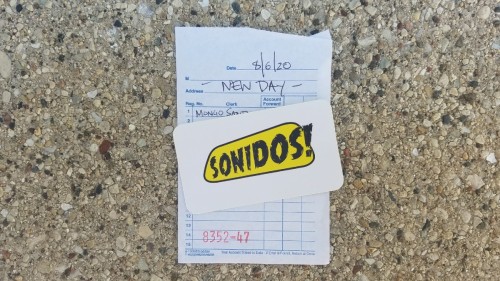 Third stop: Sunday was a lazy day, much needed for recombobulation. We needed to top the gas tank. The Costco gas station in Beltsville was a zoo, so we drove a block north for a brief return trip to Sonidos! Music & More, the tiny but excellent record store I first visited two years ago. Didn’t find anything there, either, but nice to stop in again.