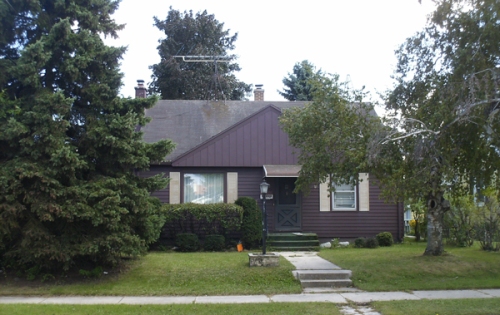 Forty years ago, I lived in this house on the south side of Sheboygan, Wisconsin. My bedroom, where my Panasonic AM-FM radio sat on top of a filing cabinet, was upstairs on the right as you look at the picture.

We lived there for only three summers — 1969, 1970 and 1971. The trees were not so overgrown. Just a rental, the house was painted dark red, perhaps crimson. But certainly not that dreadful brown.

One day — had to be that last summer there — I sat on the steps near the sidewalk, a paper grocery bag in front of me. I’d taken football and basketball cards I no longer wanted, put them in the bag and let some neighborhood kids take what they wanted. It wasn’t long before I regretted giving away the basketball cards. I still might not be over it.

The cards were going out because I felt I’d outgrown them. My passion had become the music that poured out of that AM-FM radio, then tuned solely to WOKY, the big Top 40 AM station out of Milwaukee. It all had started, of course, the summer before.

As summer gave way to fall in 1970, the radio told two sad stories.

One was about a boy who had to grow up quickly after his papa died. 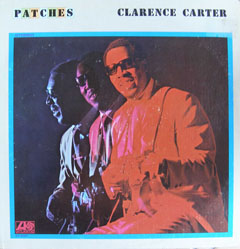 Though this is the most well-known version of “Patches,” it’s a cover of a tune done earlier that year by the Chairmen of the Board and released on their “In Session” LP. I’ve never heard the original. Jerry Reed did a fairly faithful cover of Carter’s version in 1981.

(By the way, Side 1 of the “Patches” LP was featured last month over at The Midnight Tracker, our other blog.)

The other was about a man on the run, one who can’t go back home. 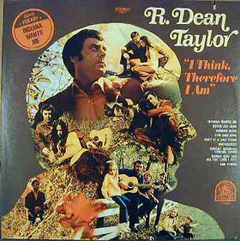 “Indiana Wants Me,” R. Dean Taylor, from “I Think, Therefore I Am,” 1970. It’s out of print. The tune is available on “The Essential Collection,” a greatest-hits import released in 2001.

Renowned as a songwriter for the Motown labels, Taylor also had a long recording career. He started in his native Toronto in 1961, then moved to Detroit in 1964. He worked there solely as a songwriter until 1970, when he started cutting songs for Motown’s Rare Earth label. The biggest hit, of course, was this one, written with R&B singer Joe Simon.

Truth be told, I bought this LP a couple of years ago, ripped only this single and haven’t listened to it since. I ought to go back and give it a spin one of these days.

Every town must have a hippie lawyer. Ours was Gene Linehan.

He was the guy you hired if, say, busted for pot in Wausau, Wisconsin.

Gene was in his early 30s, probably not long out of the University of Wisconsin law school, when he started making a name for himself in the ’70s. He handled cases that raised eyebrows in a small town. Wausau had 50,000 people, but it was — and is — a small town.

Gene always seemed to be taking on The Man. As the local paper stiffly noted the other day, “in the 1970s, he was implicated in an underage drinking and marijuana bust” in a downtown park. He represented cops suing the police chief. He represented Indian tribes suing polluters.

One story goes that Gene, famously irreverent, once was ordered to wear a tie in court. He whipped a tie out of his jacket pocket and tied it haphazardly around his head. Everyone cracked up, even the judge who issued the order.

Gene Linehan died last week while summering on his boat on Lake Superior. He was 66. One of his clients remembered him this way:

“Gene represented me in high school, and told me that if I got a certain grade point average he would waive all my fees. He did things like that for people all the time. He would do everything to help you, and wouldn’t give up. He also gave you practical, real world advice and was never condescending. Gene was easy to talk to, and wasn’t judgmental.”

Having grown up in Wausau, it’s hard to imagine the place without Gene Linehan. It really is the end of an era.

I’m not sure this is the right song, but it feels like the right one. It certainly comes from the right time. 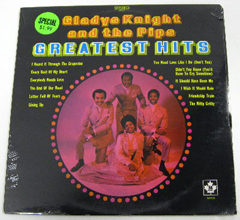 “Friendship Train,” Gladys Knight and the Pips, 1969, from “Greatest Hits,” 1970. It’s out of print, but the tune is available on “The Ultimate Collection,” a greatest-hits comp of the group’s early work on the Soul label. It was released on CD in 1997.

This is, of course, the scorching Motown tune by Norman Whitfield and Barrett Strong. One of the great message songs of the time.

Tagged as 1969, Gladys Knight and the Pips 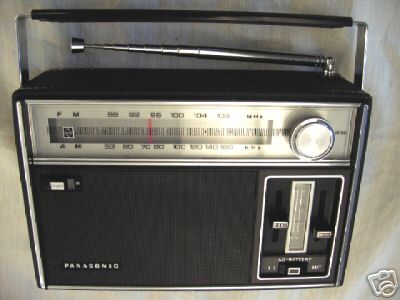 If you’ve been wondering why music from 1970 is such a big deal here at AM, Then FM, here’s your chance to get a sense of what it was like to listen to the radio back then.

It’s wonderful, but then I was there the first time.

If you’re younger, start streaming those tunes, sit back and enjoy.

Thanks to Ken Levine for pointing it out!