Peace, someday, if you want it 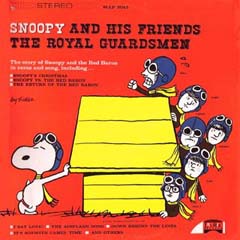 In 1965, Charles Schulz started drawing Snoopy as a World War I flying ace battling the Red Baron. But “it reached a point where war just didn’t seem funny,” he told biographer Rheta Grimsley Johnson. Even so, Snoopy and the Red Baron inspired this novelty Christmas song with explosions, gunfire and a message of hope that came as the Vietnam War escalated. 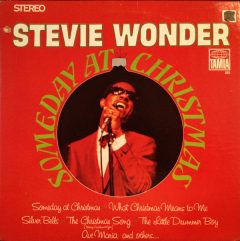 “Happy Xmas (War Is Over),” John Lennon and Yoko Ono, the Plastic Ono Band and the Harlem Community Choir, released as a single, 1971.

As this holiday season arrived, I just couldn’t bring myself to listen to Christmas music. I used to collect it. I’ve heard so much of it. The most popular, most familiar, most mainstream Christmas songs … yeesh.

Then, after Thanksgiving, Sirius XM hijacked Soul Town and dropped Holiday Soul on Channel 49. For the first few days, nope, nope, nope, I’d flip one channel up to The Groove for the ’80s and ’90s R&B played there.

Eventually, though, I’d heard enough drum machines, took a deep breath and flipped it back to Holiday Soul. I stayed with it and found it to be a bit like being in the coolest, classiest Black nightclub, the kind that no longer exists.

That is true, but there’s more to it. Motown and Stax are the backbone, of course, but the vibe is jazz and gospel. Because the playlist consists of almost entirely Black artists — many of whom were and are steeped in the gospel tradition — the music seems richer than more mainstream Christmas music.

“This Christmas,” the Donny Hathaway single released in 1970, remains THE Black Christmas standard. As I write this a week out from Christmas Eve, covers of it by Gladys Knight and The Pips, Smokey Robinson and The Miracles, Stephanie Mills, The Whispers, Dionne Warwick, Aretha Franklin and Johnny Mathis have been played 475 times in the past 30 days, along with Hathaway’s original 79 times.

Back at that nightclub, the one that oozes cool, there’s Nancy Wilson singing “That’s What I Want For Christmas.” There’s Lou Rawls singing “Merry Christmas, Baby” and “Winter Wonderland.” There are the Coles, Nat singing “The Christmas Song,” Natalie singing “My Grown-Up Christmas List.” All no longer with us, a time and a sense of elegance lost.

Pleasant surprises include some cuts from “My Gift To You,” the 1988 LP from R&B singer Alexander O’Neal that’s long been one of my favorites and one I’ve long thought to be underrated and/or underappreciated. Also some cuts from “Christmas is 4 Ever,” the 2006 LP from Parliament-Funkadelic bassist Bootsy Collins, one as funky and quirky as you’d expect, and another of my favorites.

But if there’s one song that’s been a highlight, it’s this one: 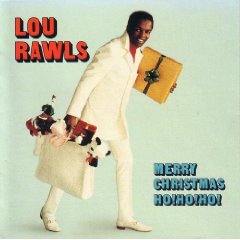 Harvey Scales: ‘You know how it is’

50 years ago this evening, on Dec. 7, 1972, Milwaukee soul singer Harvey Scales got top billing and a rave review in Warren Gerds’ weekly club music column in the Green Bay Press-Gazette.

“Scales is a dynamo on stage, one of those startling guys who is a constant live wire. At the Sans Souci, the dance floor is his stage. He roams it, putting the microphone through acrobatic stunts, falling to his knees, singing in blazing fashion. When people talk about singers with soul, Scales was one of the originators. He’s always been kinetic. …

“His Seven Sounds, which has been backing him for seven years, is a powerhouse, too. At times, it roars, with the beat pulsating.”

Gerds, then in his late 20s, testified with authority.

“Scales is one of the few cats still around from my college days (in Milwaukee). I remember him still as Twistin’ Harvey. He was a phenomenon on his campus visits.”

Harvey Scales and his Seven Sounds Unlimited were no strangers to Green Bay, two hours north of Milwaukee. In the late ’60s, a young Harvey Scales had played at the 616 Club and the Piccadilly, plus a Riverside Ballroom gig “with Chubby Checker, when he was hot,” he said.

On this visit, the 30-year-old Scales — “Put me down as 29, though. Spare me,” he told Gerds — was riding high, seemingly on the verge of breaking through after playing clubs for 11 years.

Scales had played some tapes for Isaac Hayes while performing in Chicago. Hayes liked them and recommended him to Stax Records, which gave Scales a recording contract and released a single.

“I Wanna Do It,” released in 1972, was a steamy bit of funk that clearly was influenced by Hayes’ style as heard on the “Shaft” soundtrack a year earlier.

“The current record for Scales is being bought by black audiences in Washington, Cleveland and Chicago,” Gerds wrote. “Not many sales here.”

Nope, you likely couldn’t find it — or hear it — in Green Bay unless you were at one of Scales’ shows during his two-week stand at the Sans Souci out on Main Street on the southeast side.

“You know how it is,” Scales told Gerds, acknowledging the realities.

13 years ago, my friend Jameson Harvey — the proprietor of the still-mighty Flea Market Funk blog — came across the 45. His review:

It’s a stone cold groove. This wah wah guitar and drums that are unfuckable with (look that up internet junkies). Scales wants some of that Funky Thang, but when he asks the bass to funk up the place because it ain’t no disgrace, you know the man is serious as a heart attack.

You know how that is.

Decades later, Harvey Scales was still serious as a heart attack, bringing that stone cold groove when he was in his 60s and 70s.

I’m too young to have seen Harvey Scales in his prime, but I was fortunate to see latter-day versions of Harvey Scales and the Seven Sounds at a small outdoor show in 2010 and then in a steamy tent on the Fourth of July in 2013. Kinda felt like I was seeing one of the last of the great soul and R&B revues.

One last note, found while looking for something else: In August 1967, one Harvey L. Scales, 25, of Milwaukee, was indicted by a federal grand jury in Milwaukee for failing to report to his draft board. Can’t find how that turned out, but it doesn’t appear to have slowed his career. 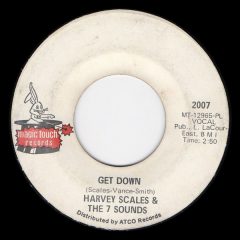 That June, Harvey Scales and the Seven Sounds had released a single, “Love-Itis/Get Down,” on Magic Touch Records. By that October, “Get Down” was in the national charts.

(H/T to my friend Larry Grogan for this rip, presented in more than one of his Funky 16 Corners mixes. Larry also wrote about the A side of the “I Wanna Do It” release — “What’s Good For You (Don’t Have To Be Good To You)” — on his blog in 2016.)

In 1965, Charles Schulz started drawing Snoopy as a World War I flying ace battling the Red Baron. But “it reached a point where war just didn’t seem funny,” he told biographer Rheta Grimsley Johnson. Even so, Snoopy and the Red Baron inspired this novelty Christmas song with explosions, gunfire and a solid message of hope that came as the Vietnam War escalated.

I have this cut on “A Motown Christmas” from 1973, a comp I’ve had since I was in college in the late ’70s. Back then, “A Festival Of Carols In Brass” by the Philadelphia Brass Ensemble from 1967 was the only other Christmas record I had. Probably the next one was “The New Possibility: John Fahey’s Guitar Soli Christmas Album” from 1968 — here’s some of that.

It’s my birthday, too, yeah

Paul McCartney wrote “When I’m Sixty-Four” when he was 14.

From that vantage point, 64 must have seemed ancient, almost unthinkable. Paul turned 79 just three days ago. Perhaps now he just smiles knowingly at what 14-year-old Paul was thinking.

Every day, though, I’m reminded that none of us are getting any younger. B-Side Records in Madison, Wisconsin, does a daily history post on Facebook, highlighting a record released on that day and then the day’s birthdays.

The record of the day for this June 21: “The self-titled debut by Unknown Mortal Orchestra,” released on this day in 2011. It’s a “neo-psych-pop project” by New Zealand musician Ruban Nielson that came after his punk band The Mint Chicks broke up. Not knowing any of that makes me feel a little older.

The birthdays are listed in chronological order from oldest to youngest. It usually turns out that the artists who are dead or older than me are the ones I know best. Once they start getting younger than me, then it’s hit or miss.

Today is a good day. I know most of those who are 64 or older, or dead. Of the younger crowd, I know Marcella Detroit, Kathy Mattea, Kip Winger, Juliette Lewis, Brandon Flowers and Lana Del Rey. Not knowing about the rest, well, that also makes me feel a little older. I’ll get over it.

Fun fact: The Beatles didn’t record “When I’m Sixty-Four” until 1966. That’s 10 years after it was written. Even then, 24-year-old Paul probably just smiled knowingly at what 14-year-old Paul was thinking.

So please enjoy this version from “Sgt. Pepper’s Lonely Hearts Club Band,” the 2-LP edition, 2017 re-release of the 1967 original. This record was a birthday gift from four years ago.

From the liner notes: “The foundation of the track was established by recording onto track one: bass played by Paul, kick drum and hi-hat by Ringo (Starr) and electric guitar from John (Lennon); track two contained piano by Paul; track three had Ringo’s brushes on a snare drum and Paul’s vocal was on track four. In later sessions, clarinets, tubular bells and vocals were added. When the song was mixed, the tape was played back at a higher speed. As a result, the key rose by a semitone. On this disc, take two is heard at its normal speed in the original key of C.”