Three under the tree, Day 24

Today under the tree, something a little different. One modern Christmas classic, three contemporary singers, which means … Diva Throwdown!

Truth be told, “Do You Hear What I Hear?” is a protest song. It’s a call for peace written in October 1962, at the height of the Cuban missile crisis. The music was written by Gloria Shayne. The lyrics were written by Noel Regney. The Harry Simeone Chorale had the first big hit with it that year. Bing Crosby had an even bigger hit with it in 1963.

It’s been widely covered since, and one of the more familiar versions is up first on Diva Throwdown! Because sometimes Christmas isn’t Christmas unless someone sings the bejeezus (the be-baby-jeezus?) out of a tune.

There’s a nice slow groove underneath this one. Then add a little bit of gospel. Once Houston gets revved up, she soars right over the top of those gospel singers. This cover makes it clear that Houston did indeed get her start in the junior gospel choir at her church in Newark, New Jersey.

This is a fairly laid-back cover, the most straightforward of the three, showcasing McBride’s lovely voice. She’s as much a pop singer as a country singer. After seeing McBride duetting with Pat Benatar on CMT’s “Crossroads” show — that was five years ago already? — she rocks, too.

“Do You Hear What I Hear?/The Little Drummer Boy,” Vanessa Williams, from “Star Bright,” 1996. It’s out of print, but is available digitally.

We’ve saved the best for last … and no pun intended.

Williams’ voice isn’t as powerful as Houston’s or McBride’s, but she has a terrific arrangement behind her. There’s a little R&B, there’s a little Afrobeat, there’s a gospel choir. The curious thing about this tune it its title. As far as I can tell, there’s no “Little Drummer Boy” in it.

I picked up several used CDs as I prepared for Diva Throwdown! These so-called divas’ records aren’t really my cup of tea, but I enjoyed Williams’ record. McBride’s record is Midwest nice, and we’ll keep that one, too. But I bought some others — no need to name names — that were disappointing and still others that were almost unlistenable.

Three under the tree, Day 3

Today’s tunes come from a guy you may not be familiar with, but it’s someone who’s been a part of our Christmases for at least the last decade.

In 1996, Seattle guitarist Michael Powers released a Christmas album called “Frosty the Bluesman.” It’s billed as “holiday favorites from a bluesman’s perspective,” but there’s more to it than that. There are indeed 14 holiday favorites on the disc, but they go beyond the blues to encompass R&B, soul, jazz and reggae.

I hadn’t heard of Powers before I picked this up at the Exclusive Company, our local record store, all those years ago, and I’m not familiar with his work beyond this. According to Powers’ Web site, he’s been at it for 20 years. Three years ago, he released another Christmas record, “Frosty’s Funky Holiday,” which I haven’t heard.

However, “Frosty the Bluesman” is one of our favorites, and here are three tracks from it, along with some of Powers’ liner notes.

“Frosty the Bluesman” — “gives us a slow 12/8 blues take on the classic, with a little of my Hendrix influences shining through during the solo. Just grab a seat at the bar and sip a cool one.” Powers plays all the guitars on this one. Those Hendrix influences seem rather modest, though.

“Please Come Home for Christmas” — “is a faithful recreation of the Charles Brown classic.” Indeed, another slow blues take on which Powers plays all the guitars.

“God Rest Ye Funky Gentlemen” — “When I first wrote this arrangement, I played it for a young guitar student who was at my studio. He said, ‘This doesn’t sound like Christmas music. It sounds good!’ Nuff said. The feel is a funky shuffle.” Blues meets jazz on this one, on which Deon Estus, the bassist for Wham! and George Michael, plays electric bass. Powers plays the other guitars, horns and drums.

(Update: The Savefile link to the first tune has been fixed.)

It has nothing to do with a certain quarterback who now plays for the New York Jets.

Rather, it has everything to do with it not being noon on a sunny Sunday afternoon. Opening at 6 p.m. on a cool, overcast Monday lacks a little something.

It’s probably just me. There’s no shortage of people completely geeked up about the Packers and the Vikings getting it on. The tailgate parties probably started around noon.

Here, per our tradition at AM, Then FM — which comes to you from within sight of Lambeau Field in Green Bay, Wisconsin — are a couple of tunes to get you ready for kickoff. 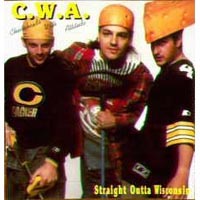 This weekend was Walleye Weekend in Fond du Lac, Wisconsin, about an hour south of where we live. I’d hoped to go down Saturday night to hear a most unlikely double bill of the Grass Roots followed by War.

So I can’t tell you what the Grass Roots sound like these days.

They’ve gone through lots of lineup changes since they started in San Francisco in 1965, when a bunch of studio musicians backed up P.F. Sloan and Steve Barri, a couple of songwriters who came up with “Where Were You When I Needed You.” These days, the only link to the glory days is lead singer Rob Grill, who is 64 and has been with the group since 1967.

Likewise, I can’t tell you what War sounds like these days.

This group also has seen lots of lineup changes since its start in southern California in 1969. That’s when, after several years of gigging in the L.A. area, first as the Creators and then as Nightshift (backing Deacon Jones, the Los Angeles Rams football star moonlighting as a singer!), it became War, the backing band for British rocker Eric Burdon. He was gone by 1971, and the rest — the multiracial, multiethnic War’s potent mix of rock, funk, soul, jazz and Latin music — is history.

These days, War tours with only one of its original members. Keyboard player and singer Lonnie Jordan is 59 and has been with the band since before it was War. (The four other original, surviving members tour as the Lowrider Band, having lost a lawsuit to Jordan and original producer Jerry Goldstein over use of the name “War.”) 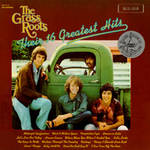 “The World Is A Ghetto,” War, 1973, from “War Greatest Hits,” 1976. Out of print. Also available on “Grooves and Messages: The Greatest Hits of War,” a 1999 CD compilation that includes eight remixed tracks on a second disc.

A teenager has moved in

I’d hoped to have a guest post for you tonight, but the writer declined.

Consider yourself dissed. By a 13-year-old. 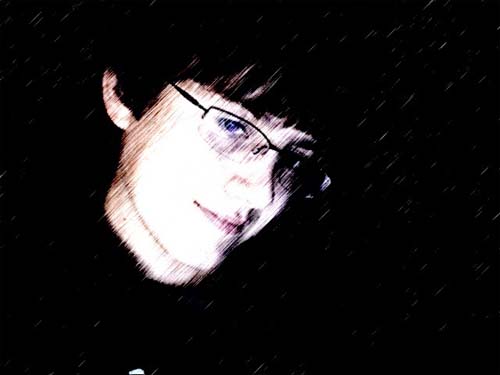 Our son, Evan, turned 13 today. Our last stop this evening was at Grandpa’s apartment (Ray’s Corner for you regular readers).

There, Evan started rifling through Grandpa’s CDs. First we listened to “Maple Leaf Rag” by Scott Joplin. Then we listened to “Who’s On First?” by Abbott and Costello. Then we had to bring both home so he could put them on his iPod.

The latter cut, a classic bit of comedy that dates to the 1930s, was on a compilation CD of baseball songs. Evan was reading the booklet and checking some of the other compilations put out on Flashback Records, which is Rhino Records’ budget label.

“You have records by them at home, right? I’m gonna have to look at those.”

So when we got home, Evan walked into the office and started rifling through vinyl that’s 10 to 20 years older than he is. He pulled out six albums for closer inspection:

Evan first loved the Ramones, then moved on to Green Day and has since moved on to any number of bands that are middle school faves — among them Relient K, My Chemical Romance and the All-American Rejects.

Yet one of his favorite CDs was and is a Cartoon Network-branded compilation of cartoon theme songs. We got it from the library so often we finally just loaded it into the iTunes.

So to celebrate Evan’s birthday (and to fulfill a request) …

“The Real Adventures of Jonny Quest,” 1996 theme, from “Cartoon Network Cartoon Medley,” a 1999 compilation that’s out of print.