Last call at The Exclusive Company

The sky was crying when I left work earlier today.

It was raining lightly as I headed out to go record digging at The Exclusive Company in Green Bay for the last time. But the sky was the only thing crying.

Today was a day for smiling and celebrating what’s been so great for so long.

It wasn’t so much that everything was 80% off. It was more about spending part of one more afternoon digging through records, savoring the vibe of the place and shooting the breeze with my friend Tom, who’s worked there since 1988 and who richly deserves all the love coming his way in these final days.

As you’d expect, the bins are pretty well picked over after two months of a liquidation sale. The vinyl is almost gone. There’s one small row of new vinyl, probably fewer than 100 records. When someone grabs an LP off the new release wall — as I did today for the last time — Tom restocks it by grabbing a new LP at random from that small row and putting it up there. 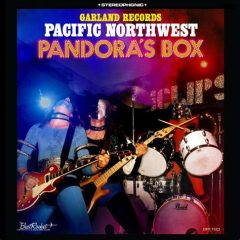 The last LP I grabbed off the new release wall is “Garland Records: Pacific Northwest Pandora’s Box,” a comp of mostly unreleased rock cuts from 1967 to the mid-’70s on Garland Records, a small label out of Salem, Oregon. Looks like fun, and it’s on royal blue vinyl! Here’s a sample.

As I dug through the CDs, I came across a bunch of familiar sights.

Hey, there’s Neil Diamond’s “Tap Root Manuscript,” one of the first records I ever bought 50 or so years ago. Hey, there’s “100 Days, 100 Nights,” the first new Sharon Jones & the Dap-Kings record I ever bought. Hey, there’s one from a California group my friend Derek See played in 10 years ago (and I have that one on red vinyl.)

There are still a bunch of CDs left, but not so many that I can’t look through them all, and I found these.

Neal Francis is a Chicago singer-songwriter and keyboard player. He’s managed by Brendan O’Connell, whom I met a couple of times when he played keyboards and sang and wrote songs for The Right Now, a solid pop-soul group also from Chicago. My friend Bruce Warren at the mighty WXPN radio out of Philadelphia tipped me to this one.

“Can’t Stop The Rain,” Neal Francis, from “In Plain Sight,” 2021. Derek Trucks plays slide guitar on this one.

It’s a scorching, blistering, steaming, smoking live show from 1971, not released until 2010 and not seen by me until today. No one knows for sure where this show was. White thought maybe it was one of their opening gigs for Creedence Clearwater Revival in Europe, maybe at Royal Albert Hall in London. If so, then that was Sept. 27-28, 1971.

Yeah, I figured you wanted the 10-minute jam. “I had Mike Utley, Duck Dunn and Sammy Creason with me, and them boys was into it,” White said.

I left the rest of the cool Tony Joe White CDs for someone else to grab at 90% off. There’s still a day and a half left before that Exclusive Company groove runs out.