Baseball season is almost over. That used to mean the start of an even more exciting time — basketball season.

Over a roughly 25-year stretch that started in the late ’60s and ended in the early ’90s, basketball was my great passion.

The lovely Janet also was a basketball fan. We were fortunate enough to see lots of NBA games during the ’80s, when our once-beloved Milwaukee Bucks were good and when we were treated to playoff showdowns against Bird’s Boston Celtics and Dr. J’s Philadelphia 76ers at the old Milwaukee Arena. Do you remember the floor?

But those days are gone. The NBA is all but unwatchable these days.

Besides, it won’t be long before The Spectrum, where those Sixers played, will be gone, too. We never made it to The Spectrum.

Neither did our friends over at Barely Awake in Frog Pajamas, who nonetheless have written a lovely tribute to The Spectrum. It says everything I could have hoped to say about the place, from pretty much the same vantage points of distance and time.

They also dug up a great picture of Dr. J dunking on Lonnie Shelton. They also laid out some nice Philly soul. Here’s more from Philly.

“The Rubberband Man,” 1976, from “The Best of the Spinners,” 1978. Philly soul meets the dance floor. A tune that suggests the athleticism of the NBA that was. 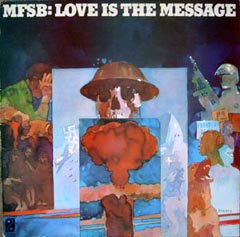 “Cheaper To Keep Her,” MFSB, from “Love is the Message,” 1973. (It’s out of print, but the song is available digitally.) Philly soul meets jazz. A tune that suggests the sophistication of the NBA that was. 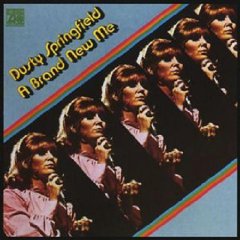 “Never Love Again,” Dusty Springfield, from “A Brand New Me,” 1970. (It’s out of print, but is available digitally.) This is Dusty in Philly, doing tunes written by Kenneth Gamble and Leon Huff (and Roland Chambers on this one), arranged by Thom Bell and performed by the studio musicians that became MFSB. An all-star lineup that suggests the NBA that was.