As we did last year, we’re dishing up some music for your Fourth of July party.

We have some red, some white, some blue, the makings for a fine gathering. However, you still won’t find any Greenwood, if you know what I mean. 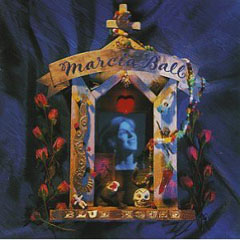 Then you’ll need to chill. 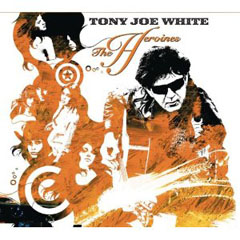 “Ice Cream Man” and “Back Porch Therapy,” Tony Joe White, from “The Heroines,” 2004. It’s out of print but is available digitally.

Before enjoying a nightcap or two.

“Martini 5-0,” the Blue Hawaiians, from “Sway,” 1998. It’s out of print and apparently not available digitally.

“A Shot of Rhythm and Blues,” Dave Edmunds, from “Subtle As A Flying Mallet,” 1975. Also out of print and not available digitally.

As you the blow the fireworks, be sure to …

And as you reflect on it all …

“People Got To Be Free,” Dionne Warwick, from “Soulful,” 1969. Available on “Soulful Plus,” a 2004 limited-edition release from Rhino Handmade, and digitally.

Yes, people still got to be free, even today.

Here’s some music for your Fourth of July party.

We have some red, some white, some blue, but no Greenwood.

Yes, she is. This is not the old rockabilly tune that was a hit for Billy Lee Riley and covered by Sleepy LaBeef. This swinging tune was written by country singer Lee Roy Parnell and Cris Moore.

That 1969 LP from the fine Chicago group was chock full of covers, including Bobby Goldsboro’s “Honey” and a medley of Glen Campbell’s “Wichita Lineman” and “By The Time I Get To Phoenix.”

Two legends, both gone now, solo on this one. That’s Sil Austin on tenor sax and Snooks Eaglin on guitar. This CD brought together Austin, who played with Tiny Bradshaw back in the ’50s, with fellow R&B sax great Grady “Fats” Jackson, who played with Elmore James and LIttle Walter. They were joined by Mark Kazanoff, a fixture on the music scene in Austin, Texas, at the time. It was their only album.

And now some real American music!

“Blue Shadows,” the Blasters, from “Streets Of Fire” soundtrack, 1984. (Please excuse the skip about 20 seconds in.)

Ah, the Blasters. You really had to have seen them live. They were something. I don’t play their stuff too much these days. It’s all seared into my head from back then.

And now something for after all the fireworks have gone out.

Baby, you can drive my car

When a story asks “Hey, was that Paul McCartney at the Route 66 Welcome Center at the museum in Joliet, Illinois?” you must read it.

Mary Schmich has that story in today’s Chicago Tribune.

Need further proof? People magazine confirms it. Macca and his new girlfriend, Nancy Shevell, are on vacation, driving the Mother Road from Chicago to L.A.

And then another Macca sighting along Route 66! He stops to use the restroom in Springfield, Illinois.

In that spirit, here are three swell versions of the tune written in 1946 by Bobby Troup.

Because you must have a road song by Chuck Berry. Listen for the detour at the end. 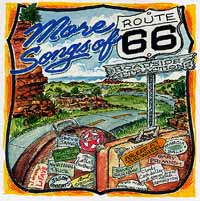 Because I would ride anywhere with Miss Ball, the lovely swing pianist from Austin, Texas. (And because this version has a trippy, Beatlesque intro that’s reminiscent of “A Day in the Life.”) 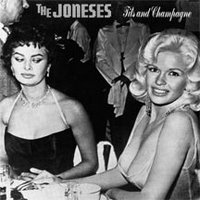 Because I wouldn’t have heard this cover from this ’80s “rock ‘n’ roll sleaze band” from Hollywood were it not for our man Aikin over at Licorice Pizza, who posted it a month ago. Thank you, sir.

As long as we’re talking about the road, check out this week’s series of songs about cars over at Star Maker Machine, a swell read in its own right.

We had a rare treat in the lounge at our local casino on Sunday night.

Marcia Ball, the long, tall R&B/blues/swing pianist from Louisiana by way of Austin, Texas, was rocking the house with a tight four-piece backing band. She’s long been one of our favorites.

The first time we saw Marcia Ball, it was three or four years ago, at a small-town auditorium. She was terrific that night, too, but the crowd was way too reserved and polite. We left feeling she’s best seen in a more raucous venue.

Last night confirmed it. A tiny stage, a big crowd packed into a small space, lots of noise and lots of drinks going down. Without question, a better venue for her mix of R&B and blues.

Last night, all the seats were filled by the time I got there, but I got to stand in my favorite place, facing center stage. It was fun to watch her hands on the keyboards, but I couldn’t see over the bar well enough to watch her cross leg swinging and keeping time as she played. No complaints, though, especially considering the lounge shows are free.

Marcia Ball has 10 albums out, all but one on the Rounder and Alligator labels. Although her studio albums are fine, she’s best seen and heard live.

Here’s a little sample of each way, a couple of originals. Enjoy.

Echoes in the wind, indeed

Last week, the fine folks at Echoes in the Wind delivered an excellent post on one of my faves from way back, Lou Ann Barton. She’s a Texas blues/rock/country singer with a scorching voice.

That post featured a full vinyl rip of her seemingly-out-of-print 1982 album, “Old Enough.”

There must have been a review of “Old Enough” in Rolling Stone back then. I can’t think of any other way I would have learned about it or heard it.

Lou Ann toured with Bob Dylan last summer, but she hasn’t recorded much since “Old Enough” — just three more albums by my count.

One of those albums is something special, though.

In 1990, Lou Ann got together in Austin with singer-pianist Marcia Ball (another of my faves), singer Angela Strehli and bass player-producer Sarah Brown for “Dreams Come True,” on which they rocked, rolled and sang the blues. Everyone was great.

Listen to more Lou Ann at her MySpace page.