My introduction to Eddie Floyd

I was late to the party, as usual, when it came to Eddie Floyd, the great but often unheralded Stax soul singer.

Seven years ago, Mojo magazine included a compilation of Southern soul music with its May issue. On that CD was a song called “I’ll Take Her.” Its premise, simply put in its lyrics: If you don’t want her, I’ll take her.

That upbeat tune, with Floyd’s smooth voice lifted by some sweet horns and backup singers as it chugged along, hooked me. Truth be told, I don’t think I’d been aware of him before that.

“I’ll Take Her,” Eddie Floyd, from “I’ve Never Found A Girl,” 1969. The LP out of print as such, but it’s half of “Rare Stamps,” a two-fer CD with his second and third Stax LPs on it. I don’t have this LP. I’ve never seen it while record digging. This rip is from the Mojo comp.

Floyd wrote this cut with songwriter Joe Shamwell and the great Memphis guitarist Steve Cropper. He worked with both of them while a songwriter at Stax Records in the mid-’60s.

To hear more Eddie Floyd, head over to The Midnight Tracker.

There, at our lightly traveled companon blog, one side of his debut album from 1967 has materialized through the sweet blue haze of time.

I approved this message, too

Heading out to lunch today, we saw a campaign sign stuck in the ground at the corner as we turned onto the highway. Heading home, we saw three more on the other side of the corner.

The only problem: You can’t plant campaign signs on the public portion of highway right-of-day in Wisconsin.

My friend Glick checked the law and sagely observed: “Fines: $10 to $100. The cynic in me thinks some will see this as chump change and a small cost of doing business.”

He could be right. Perhaps it’s all part of …

If you watched “Mission: Impossible” at all during the ’60s and ’70s, you probably heard bits of this as things got dicey. This is the full version, one you may not have heard, complete with groovy, mood-setting harpsichord.

This is just a little taste of what’s new at The Midnight Tracker, a lightly-traveled blog where we feature album sides brought back from the sweet blue haze of time. Your mission there, should you decide to accept it, is to enjoy our notion of a soundtrack for the political intrigue of the moment.

Kinda Kinks, and kinda not

Time for another reminder that there’s another blog lingering in the long shadows of AM, Then FM.

The Midnight Tracker resurfaces at the end of every month. It emerges from the haze of time, reviving a late-night FM radio show heard long ago in central Wisconsin, a show on which one side of a new or classic album was played.

Here’s a song from this month’s album side.

“Who’ll Be The Next In Line,” Francoise Hardy, from “Loving,” 1969. It’s out of print and not available digitally.

This is a cover of a Kinks song from the summer of 1965. Written by Ray Davies, it was one of those B sides that turned out to be more popular than the A side of the single. It’s the flip side to “Evry’body’s Gonna Be Happy,” which was intended as the follow-up to the smash “Tired Of Waiting For You.”

The Kinks’ version was on the “Kinda Kinks” LP from 1965, and on a couple of greatest-hits compilations, all of which appear to be out of print. It also doesn’t appear to be available digitally.

This version of “Who’ll Be The Next In Line” is from Side 1 of a rarely-heard English-language album by the French folk-pop singer Francoise Hardy.

A friend has long been seeking this record. I found it last month.

The rest of the story is over at The Midnight Tracker.

As you may or may not know, we have another blog on the side.

It is The Midnight Tracker, which resurfaces at the end of every month. It emerges from the haze of time, reviving an old late-night FM radio show on which one side of a new or classic album was played.

Here is one of the cuts off tonight’s side. It’s called “Blues Trip.”

It sounds like it came out of Memphis. It didn’t.

To solve this little mystery, head over to The Midnight Tracker.

1. We’re moonlighting again over at The Midnight Tracker.

This is one of the songs featured tonight. It’s written by Joseph B. Jefferson, who also wrote three huge hits for the Spinners — “Mighty Love, Part 1,” “One of a Kind (Love Affair),” “(They Just Can’t Stop It) Games People Play.” 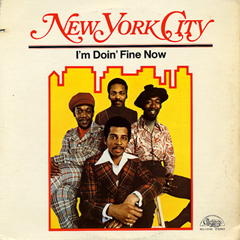 We have Side 2 of this record over at The Midnight Tracker tonight.

2. You may notice that things look a little different.

Just as we reached 500 posts, WordPress decided to retire the theme we’d been using since the beginning. So we’ve gone from Pressrow to Pilcrow.

3. Any requests for Christmas music?

The Three Under the Tree series has been retired — three years is plenty — but we’ll be along shortly with Christmas tunes as usual.

We now return you to your regular programming.