And so our story continues

Five years’ difference is nothing now, but it’s enormous at that age. He was one of the coolest guys everyone knew, and I was just a high school senior who loved radio.

It was the first real, out-in-the-world interview of my journalism career. But at 17, I still hadn’t learned some of the nuances of interviewing. The story I wrote was good enough, but now I see how and where it could have been better. Then I got a second chance.

It had been 33 years since I last heard Bruce Charles’ voice, but when he answered the phone last September, it was just as I remembered.

It’s not a classic radio voice, but it’s distinctive. It’s the voice you get after you’ve shouted and cheered all night at a show.

Bruce Charles is from a place called Brantwood, a wide spot in the road on U.S. 8 in northern Wisconsin.

“My father was a farmer and a logger, and quite honestly, I wasn’t very good at either. But when we had coffee break, I was good at entertaining the group … I knew what work was — farming and logging — but talking and entertaining people wasn’t work.”

So at 17, “a couple of months” shy of 18, Bruce Charles Heikkinen dropped his last name and went to work at WSAU-AM in Wausau, Wisconsin, the closest big town, about an hour southeast of Brantwood. 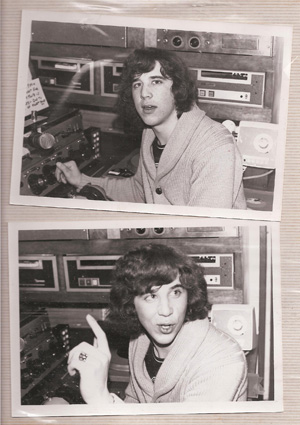 “When I first started, I worked all night at WSAU, playing everything from Mancini to Dean Martin to the Beatles.”

A year later, he joined its sister station, WIFC, the dominant FM station in central Wisconsin then and now. In the early ’70s, WIFC’s format was Top 40 during the day and rock at night.

“What a great experience.”

“As music director, I was contacted at a very young age by music people from all over the country. (A lot of that was) on the phone. In person, (I met) Todd Rundgren, Heart, Nitty Gritty Dirt Band, Styx and the Eagles.”

“Life was good. It was a rock ‘n’ roll world. … Those were the benefits. … Girls who would do strange things to themselves while you listened on the other end of the line. Married women taking you out to eat and more. Strippers. Pay wasn’t that good, but the women were!”

Speaking of which, I asked Bruce which Herb Alpert and the Tijuana Brass cut he played at 6 a.m., opening our show all those years ago. I’m not surprised it came from this album. 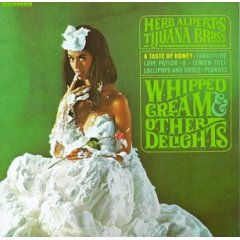 “A Taste Of Honey,” Herb Alpert and the Tijuana Brass, from “Whipped Cream and Other Delights,” 1965.

However sweet that taste, Bruce Charles was on the verge of another adventure, one that changed the course of his life.

Tagged as 1965, Herb Alpert and the Tijuana Brass

One response to “And so our story continues”