AM, Then FM is quietly celebrating its ninth anniversary in the blogosphere.

It arrived on the scene during the last week of February 2007.

It gradually gained a modest group of regular visitors, thanks to gracious and kind support from fellow bloggers who remain friends to this day. Back then, there were many blogs, many readers. Times change.

When AM, Then FM debuted …

— Our son had just turned 12 and was in sixth grade. He’s now 21, a college junior, performing in still another play this week and heading to New York on a spring break theatre tour in a couple of weeks.

But I’ll continue to buy records and talk about them here as if we were in the same room, listening to them and sharing our takes on them.

Your continued loitering is much appreciated. We’ll keep on keepin’ on. 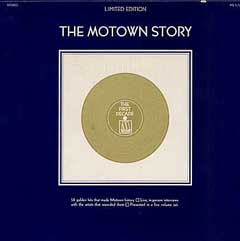 “Cloud Nine,” the Temptations, 1969, from “The Motown Story” box set, 1970. It’s out of print. This cut features a minute-long intro with Otis Edwards discussing how they came to record the song during the fall of 1968. He insists it’s about the state of black life at the time, and not about drugs, as widely believed at the time.

“Cloud Nine,” Gladys Knight and the Pips, from “Nitty Gritty,” 1969. A cool cover on which the Pips get gritty, too.

Tagged as 1969, Gladys Knight and the Pips, Temptations